Typ­i­cal­ly long on promis­es and short on per­for­mance, In­ovio Phar­ma­ceu­ti­cals has start­ed an­oth­er clin­i­cal tri­al for its zi­ka vac­cine. CEO Joseph Kim, who’s been crit­i­cized for leap­ing from pan­dem­ic to pan­dem­ic with­out ac­tu­al­ly see­ing any­thing through to an ap­proval, says the com­pa­ny will meet with reg­u­la­tors next year if the study proves promis­ing.

The fu­ture looks good for the CRO in­dus­try. Not great or fan­tas­tic, but a lot bet­ter than it has been ear­li­er in the decade. A new re­port out from KP­MG notes that the in­dus­try ap­pears head­ed for steady growth through 2019, with the largest or­ga­ni­za­tions emerg­ing from a ma­jor round of con­sol­i­da­tion set to out­per­form the hun­dreds of small­er com­pa­nies that still op­er­ate in bio­phar­ma. One of the big trends to look for here is a shift to Chi­na, where CRO work has been ex­plod­ing. The CRO mar­ket was a mod­est $1.4 bil­lion in 2007, but grew to $6.4 bil­lion in ’14. That rapid growth rate un­der­scores the grow­ing role that emerg­ing mar­kets plays in this field, where costs can be con­sid­er­ably low­er. The top 10 CROs dom­i­nate, with a glob­al reach that leaves them with half of the mar­ket. The mas­sive shake­out in the mar­ket over the past few years is al­so blur­ring the line be­tween dis­ci­plines, a strat­e­gy that has helped dri­ve growth in the CRO busi­ness. 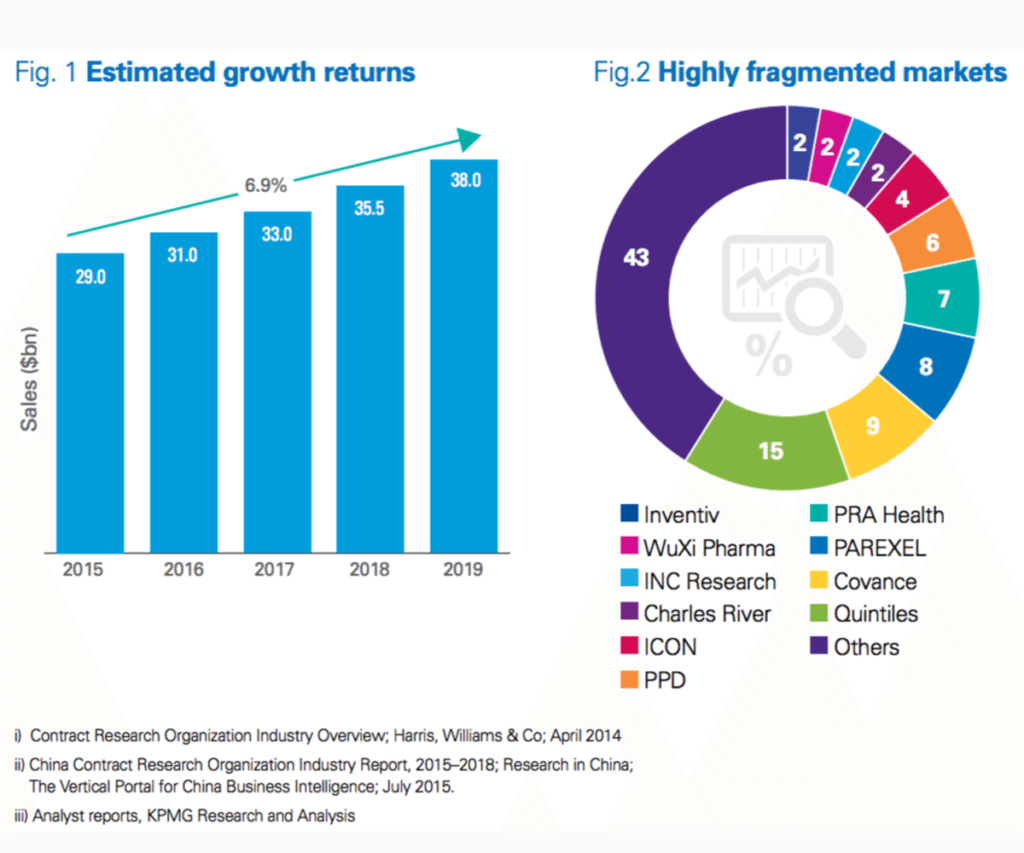