Cy­cla­cel un­veils a flop in leukemia 2 years af­ter a call on fu­til­i­ty, but still won’t give up

Cy­cla­cel Phar­ma­ceu­ti­cals $CY­CC knew more than two years ago that its Phase III study of sapac­itabine for new­ly di­ag­nosed cas­es of acute myeloid leukemia in the el­der­ly was a bust, un­like­ly to pro­duce pos­i­tive da­ta. But with no sign that the drug was do­ing any harm, in­ves­ti­ga­tors car­ried on treat­ing pa­tients. 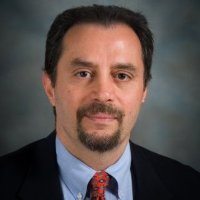 And to­day they proved that the da­ta and safe­ty mon­i­tor­ing board that called the study for fu­til­i­ty at the end of 2014 was ab­solute­ly right. The drug flopped against a place­bo, un­able to demon­strate a sig­nif­i­cant over­all sur­vival ben­e­fit. But there was a small sliv­er of sun­shine as the drug did post an “im­prove­ment” in com­plete re­spons­es. And that was enough for the lead in­ves­ti­ga­tor to car­ry on with the da­ta analy­sis and go past the top-line re­sults dis­cussed this morn­ing.

Cy­cla­cel’s mar­ket cap has been steadi­ly whit­tled away over the past few years. Once a high fly­er, the mar­ket cap is now a mere $15 mil­lion, and shrink­ing. Its stock plunged 33% in pre-mar­ket trad­ing this morn­ing. But Cy­cla­cel CEO Spiro Rom­bo­tis says the biotech has the cash on hand to see things through to the end of next year, adding that he still has hopes for what can be gleaned in sub­group analy­ses.

Cy­cla­cel un­veils a flop in leukemia 2 years af­ter a call on fu­til­i­ty, but still won’t give up