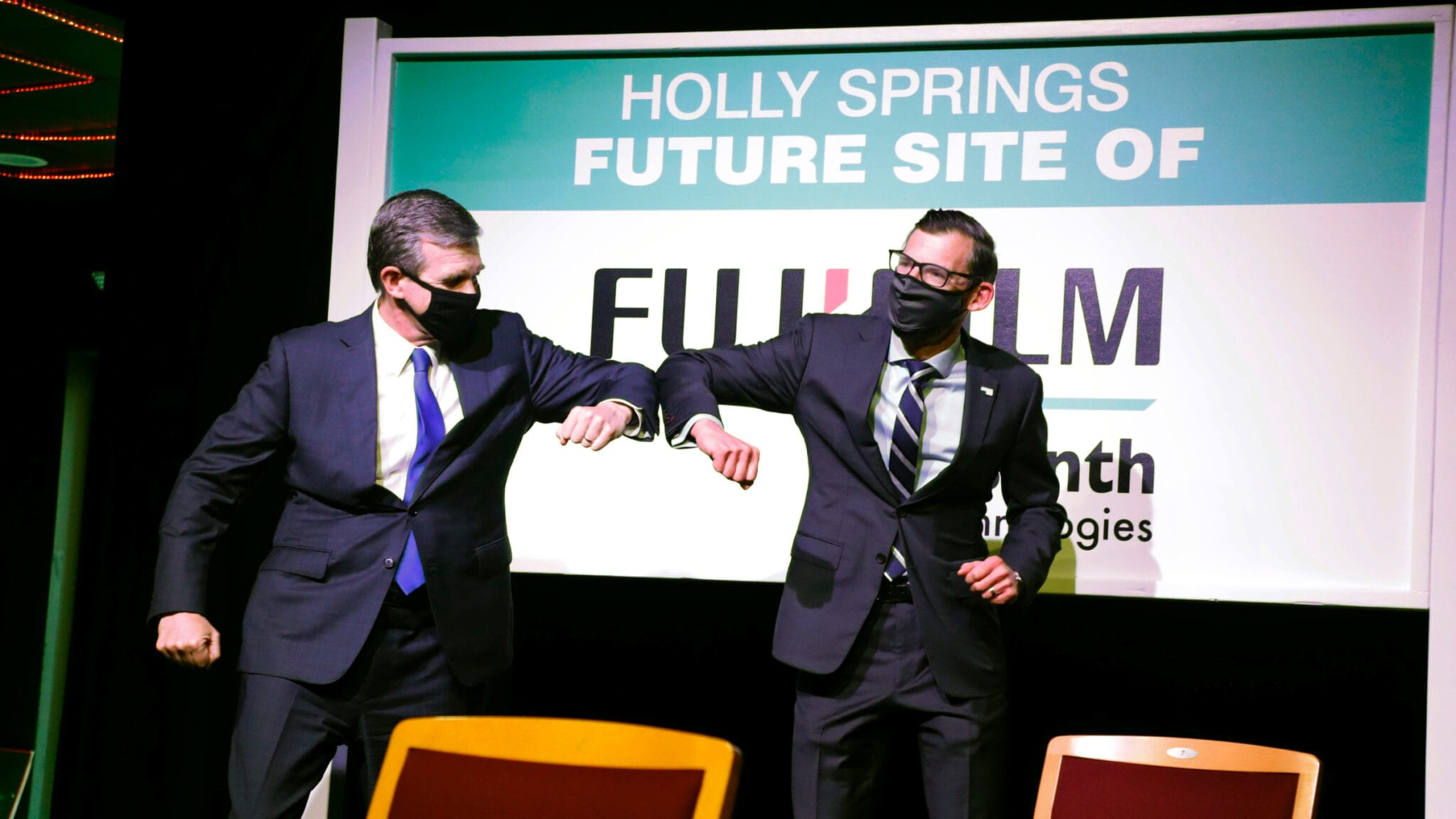 Fu­ji­film made waves ear­li­er this year when it an­nounced a new $2 bil­lion plant for its CD­MO arm — Fu­ji­fulm Diosynth Tech­nolo­gies — that few fa­cil­i­ties have matched in terms of dol­lar fig­ure. The on­ly thing left to de­cide is where ex­act­ly the fa­cil­i­ty would go, and now that mys­tery has been solved.

Fu­ji­film had been search­ing for a home for the plant af­ter an­nounc­ing its in­tent to build back in Jan­u­ary. The com­pa­ny eyed lo­ca­tions with­in shout­ing dis­tance of its ex­ist­ing US sites in Col­lege Sta­tion, TX, and Mor­risville, NC.

Ul­ti­mate­ly, North Car­oli­na won the lot­tery due to its “strong pool of tech­ni­cal tal­ent, lo­cal re­sources and part­ners with the right com­pe­ten­cies, clean en­er­gy re­sources, and sus­tain­abil­i­ty for fu­ture growth,” Fu­ji­film said in a re­lease.

In Jan­u­ary, the firm an­nounced it would drop $40 mil­lion to es­tab­lish a new head­quar­ters in the greater Boston area, which will al­so func­tion as its third vi­ral-vec­tor man­u­fac­tur­ing site.

The Boston fa­cil­i­ty is set to be­gin process de­vel­op­ment analy­ses and ex­per­i­ments for con­di­tion­ing cell cul­ti­va­tion by the fall of 2021. The ca­pac­i­ty for drug sub­stance man­u­fac­tur­ing in ear­ly-stage clin­i­cal tri­als will come lat­er, in fall 2023, the com­pa­ny said in a press re­lease at the time.

Fu­ji­film has al­so re­cent­ly ex­pand­ed its vi­ral-vec­tor plant in Texas — that fa­cil­i­ty opened in 2014 and has since un­der­gone a $120 mil­lion build­out to fur­ther in­crease man­u­fac­tur­ing ca­pac­i­ty. In Oc­to­ber, the com­pa­ny al­so an­nounced plans for a gene ther­a­py site in the UK, which it said would be op­er­a­tional by this spring.