The chess pieces are mov­ing again in the block­buster mar­ket­ing game of im­munol­o­gy drugs. 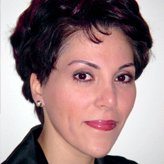 All we have is the top-line re­sult against a place­bo, though, in a field where No­var­tis $NVS has con­tin­ued to ex­pand on longterm out­comes for pa­tients with its first-to-mar­ket block­buster Cosen­tyx. Lil­ly boasts that Taltz scored on the pri­ma­ry and all the sec­on­daries in the study as it preps new reg­u­la­to­ry fil­ings.

Look­ing to re­vive flag­ging sales, Lil­ly gained a fresh ap­proval to sell Taltz for pso­ri­at­ic arthri­tis last De­cem­ber, open­ing up a US mar­ket with more than 1.5 mil­lion pa­tients. But once again, No­var­tis has a big lead on that score.

Lil­ly used an ASAS 40 rat­ing at 16 weeks for the pri­ma­ry end­point in this new study, dou­bling the usu­al ASAS 20 mark.

“Many peo­ple with this chron­ic, de­bil­i­tat­ing dis­ease are still search­ing for an ef­fec­tive treat­ment. These ini­tial re­sults sug­gest that Taltz, if ap­proved for this in­di­ca­tion, may have the po­ten­tial to help peo­ple with this chal­leng­ing dis­ease,” said Lo­tus Mall­bris, vice pres­i­dent and im­munol­o­gy plat­form team leader, Lil­ly Bio-Med­i­cines.