Ger­many-based Evotec es­tab­lished its pres­ence in Italy four years ago. Now, it’s bought up more re­al es­tate in the neigh­bor­hood.

Evotec has ac­quired an R&D site in Verona from GSK, the com­pa­ny an­nounced Thurs­day. The com­pa­ny did not dis­close fi­nan­cial de­tails of the deal.

GSK used the site for the spe­cial­ized man­u­fac­tur­ing of fin­ished dose form of cephalosporin. It fea­tures ster­ile pow­der fill to vials, mono­rails and Add-Van­tage vials and flex­i­ble pack­ag­ing lines. It’s ap­proved by the FDA and EMA, as well as and has main­tained glob­al reg­u­la­to­ry ap­provals. 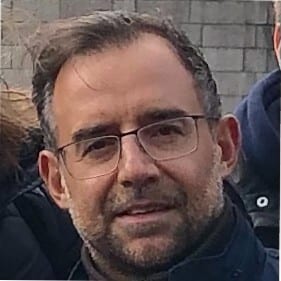 The com­pa­ny, which is based out of Ger­many, has spread its foot­print through­out Eu­rope as of late. In May, the com­pa­ny part­nered with Bris­tol My­ers Squibb to launch be­LAB1407, a $20 mil­lion aca­d­e­m­ic BRIDGE to de­vel­op ear­ly-stage ther­a­peu­tic con­cepts from the uni­ver­si­ties of Birm­ing­ham, Ed­in­burgh, Not­ting­ham, and Dundee, the com­pa­nies said. The goal is to take the sci­ence from these com­pa­nies and turn them in­to spin­off com­pa­nies, us­ing Evotec’s plat­form.

In April, Evotec an­nounced that it would lay out $120 mil­lion to build a new bi­o­log­ics fa­cil­i­ty in Toulouse, France, to ex­pand pro­duc­tion ca­pac­i­ty for ther­a­peu­tic an­ti­bod­ies. That move was boost­ed by a $60 mil­lion in­vest­ment from sev­er­al French gov­ern­ments and in­vestors. The com­pa­ny has part­nered with the US De­part­ment of De­fense and the Bill & Melin­da Gates Foun­da­tion to amp up pro­duc­tion of an­ti­bod­ies.