Three years af­ter its last fi­nanc­ing and with six pro­grams now in the clin­ic, Shang­hai-based CARs­gen ther­a­peu­tics has raised $186 mil­lion to push for­ward a broad plat­form of CAR-T ther­a­pies for liq­uid and sol­id tu­mors. 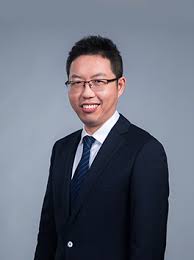 The Se­ries C mega-round drew from both mar­quee and less­er-known re­gion­al in­vestors, with the well-heeled Chi­nese pri­vate eq­ui­ty firm Loy­al Val­ley Cap­i­tal lead­ing the raise and Lil­ly Asia Ven­tures, Shiyu Cap­i­tal, and Sum­mer Cap­i­tal chip­ping in. The com­pa­ny will use that cash in part to tran­si­tion, ad­vanc­ing tri­als on three con­ti­nents and lay­ing the ba­sis for an even­tu­al com­mer­cial launch, founder and CEO Zong­hai Li said in a state­ment.

Found­ed in 2014, at the height of the CAR-T hype, CARs­gen first made a mark at ASH in 2018, when they showed off da­ta for their CAR-T that tar­get­ed BC­MA — the same cell ther­a­py in­di­ca­tion where J&J-part­nered Leg­end Biotech would make a huge splash the fol­low­ing year and where blue­bird and Bris­tol My­ers Squibb now await an FDA de­ci­sion. The com­pa­ny re­port­ed 100% re­sponse rate in 14 pa­tients, with 11 achiev­ing what they deemed to be ei­ther a “very good re­sponse” or a com­plete re­mis­sion. 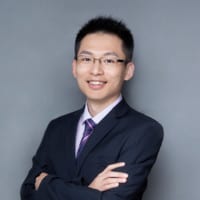 That year, they al­so launched a Phase I US tri­al for the ther­a­py, part of a broad ex­pan­sion of their clin­i­cal pipeline. Al­though most of the new da­ta are still pend­ing, the com­pa­ny is now run­ning 6 dif­fer­ent clin­i­cal-stage CAR-T pro­grams: BC­MA for mul­ti­ple myelo­ma, CD19 for non-Hodgkin lym­phoma, GPC3 for liv­er can­cer, EGFR for glioblas­toma, and a pro­gram for gas­tric can­cer that tar­gets a pro­tein called Claudin 18.2. An an­ti­body tar­get­ing Claudin 18.2 is al­so in the clin­ic.

Most of those tri­als are in Chi­na, but CARs­gen re­ceived clear­ance in May to start a study of their gas­tric can­cer CAR-T in the US. Last month, the FDA gave it or­phan des­ig­na­tion. Leg­end Biotech has de­vel­oped a sim­i­lar ex­per­i­men­tal ther­a­py.