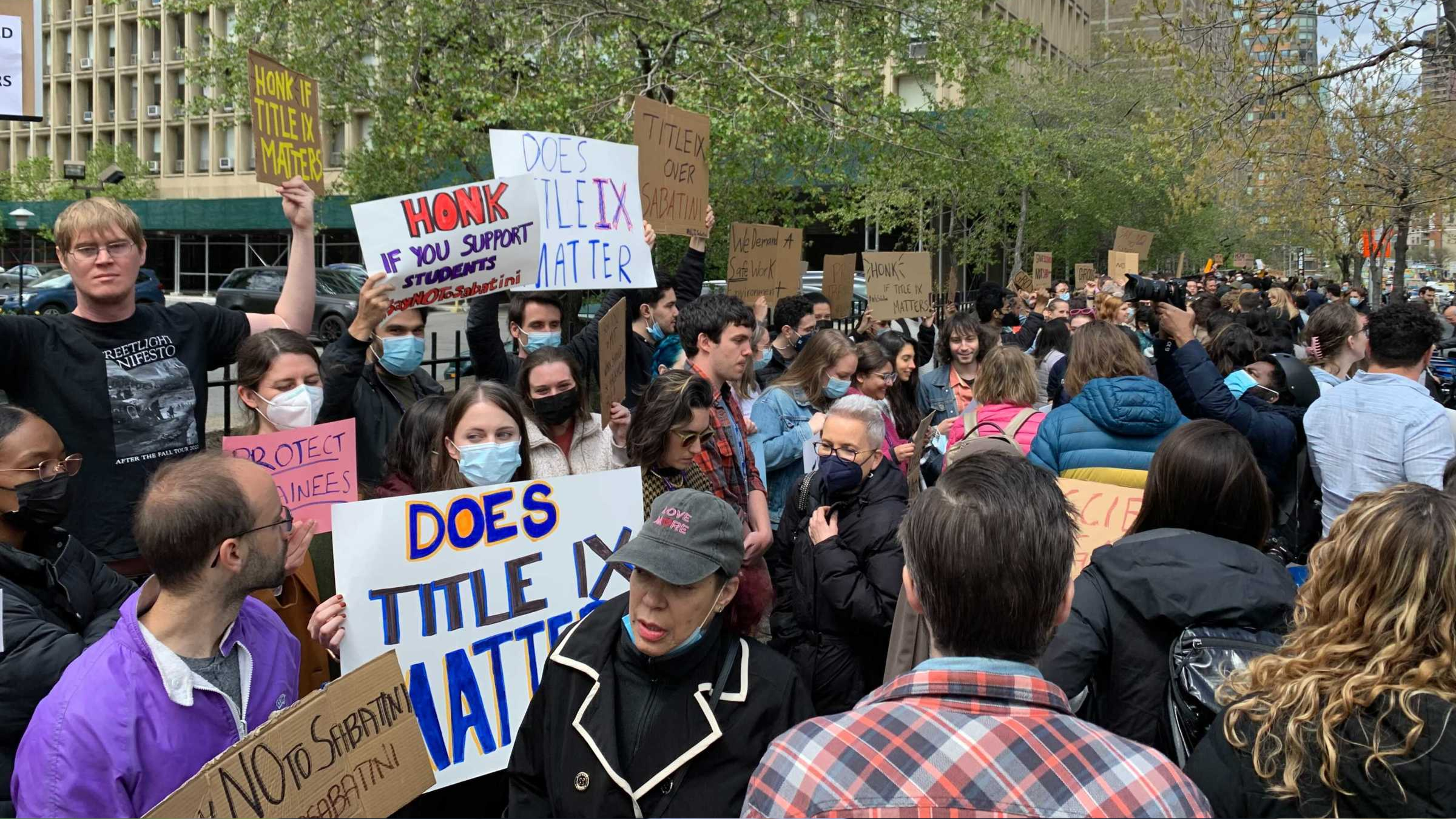 Ad­min­is­tra­tors de­fend­ed their hir­ing process and dis­missed the con­tro­ver­sy as an in­com­plete in­ves­ti­ga­tion col­ored by so­cial me­dia-dri­ven rhetoric, per a record­ing of a Zoom town hall ob­tained by VICE News and oth­er out­lets. The town hall had been con­duct­ed af­ter a cou­ple hun­dred stu­dents and fac­ul­ty walked out Wednes­day af­ter­noon in an hour-long protest against the po­ten­tial hire.

“A few peo­ple have asked, why hire some­one who has this type of con­tro­ver­sy in­stead of hir­ing an equal­ly tal­ent­ed sci­en­tist that doesn’t have these ac­cu­sa­tions,” one ad­min­is­tra­tor re­port­ed­ly said dur­ing the meet­ing, ac­cord­ing to VICE. “The on­ly thing I can say is that we hired a fair num­ber of peo­ple here that had con­tro­ver­sy sur­round­ing them, the on­ly thing that changed is so­cial me­dia. That’s re­al­ly the on­ly thing.”

“So there’s this is to us ex­plains why there is the so much in so­cial me­dia and why the Boston Globe in par­tic­u­lar has adopt­ed the nar­ra­tive of sex­u­al preda­tors that we find in­ac­cu­rate,” John­son said, per VICE.

End­points News has reached out to NYU’s med­ical school for com­ment and will up­date ac­cord­ing­ly.