The ex­plo­sion of new can­cer drugs that’s oc­curred over the past decade in­cludes some ma­jor stand­outs that in­clude ther­a­pies that have reg­is­tered some jaw-drop­ping re­sults in clin­i­cal tri­als. But when re­searchers at King’s Col­lege Lon­don and the Lon­don School of Eco­nom­ics took a step back and ex­am­ined 68 can­cer in­di­ca­tions ap­proved in Eu­rope over a 5-year pe­ri­od through 2013, they found that many were OK’d on on­ly flim­sy da­ta de­rived from un­re­li­able tri­al de­signs and at least 10 of these OKs have nev­er proved to have any re­al val­ue for pa­tients.

Kick­ing back at in­dus­try’s crit­i­cism of groups like NICE, which of­ten balk at cov­er­ing high-priced can­cer drugs, the bio­phar­ma crit­ics say that the vogue of fast-track­ing on­col­o­gy ther­a­pies has put a long line­up of drugs in­to reg­u­lar use, even though the man­u­fac­tur­ers haven’t pro­duced sol­id ev­i­dence of ef­fi­ca­cy four or more years lat­er.

Their study was pub­lished in the BMJ.

The two au­thors — Court­ney Davis at King’s Col­lege in Lon­don, and Huseyin Naci of LSE Health — say 39 in­di­ca­tions (57%) were sanc­tioned “with­out ev­i­dence of a sur­vival or qual­i­ty of life ben­e­fit.” And they ex­co­ri­at­ed the use of sur­ro­gate end­points, say­ing they are un­re­li­able at best.

While 24 of these 68 in­di­ca­tions of­fered ev­i­dence for in­creased sur­vival, the av­er­age was less than 3 months. And on­ly 7 of 68 pro­vid­ed da­ta demon­strat­ing that they im­proved qual­i­ty of life.

Can­cer Re­search UK cau­tioned, though, that the sys­tem on ap­prov­ing and pay­ing for can­cer drugs has un­der­gone some change in re­cent years, with a greater em­pha­sis on some of the weak spots high­light­ed in the study.

Of course, many of these same drugs are al­so ap­proved in the US. And the au­thors’ list of ques­tion­able drugs cov­ers some block­busters. It in­cludes:

→ Avastin, OK’d for ovar­i­an can­cer by the EU in 2011, they say, slap­ping re­searchers for switch­ing from over­all sur­vival to pro­gres­sion-free sur­vival. 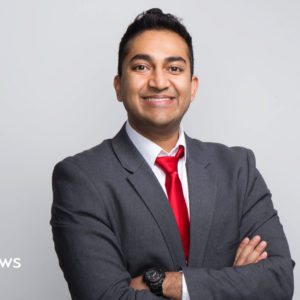 → Her­ceptin al­so comes in for crit­i­cism, with the re­searchers flag­ging an ap­proval for breast can­cer long be­fore it failed to demon­strate a sur­vival ben­e­fit.

“The ex­pense and tox­i­c­i­ty of can­cer drugs means we have an oblig­a­tion to ex­pose pa­tients to treat­ment on­ly when they can rea­son­ably ex­pect an im­prove­ment in sur­vival or qual­i­ty of life,” in­dus­try crit­ic Vinay Prasad told CRUK. The find­ings sug­gest “we may be falling far short of this im­por­tant bench­mark”