The de­ci­sion comes as up­dat­ed find­ings from an on­go­ing tri­al of the drug, known gener­i­cal­ly as um­bral­is­ib, show an in­creased risk of death in pa­tients, and FDA said the risks of treat­ment with Ukoniq out­weigh its ben­e­fits.

“Health care pro­fes­sion­als should stop pre­scrib­ing Ukoniq and switch pa­tients to al­ter­na­tive treat­ments. In­form pa­tients cur­rent­ly tak­ing Ukoniq of the in­creased risk of death seen in the clin­i­cal tri­al and ad­vise them to stop tak­ing the med­i­cine,” FDA said in a state­ment.

TG Ther­a­peu­tics in April vol­un­tar­i­ly with­drew um­bral­is­ib, as well as its BLA and sN­DA for the blood can­cer com­bo pro­gram U2, of which um­bral­is­ib is a com­po­nent, cit­ing sur­vival da­ta that fa­vored the con­trol arm over the drug.

The biotech al­so an­nounced yes­ter­day that the FDA al­so ex­tend­ed the PDU­FA date to Dec. 28 for ubli­tux­imab, the oth­er half of U2, as a po­ten­tial drug for re­laps­ing forms of mul­ti­ple scle­ro­sis.

But these safe­ty ques­tions for Ukoniq have been per­co­lat­ing since late last year, as sur­vival da­ta had been a point of con­tention since No­vem­ber 2021, when TG first an­nounced the FDA’s plans to hold a 2-day ad­comm that was sup­posed to dis­cuss U2, but was lat­er can­celed. The FDA is­sued its first warn­ing of po­ten­tial in­creased risk of death with Ukoniq in Feb­ru­ary. 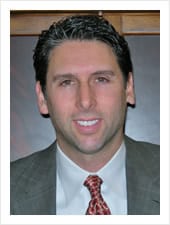 In April, TG al­lud­ed to a “re­cent in­for­ma­tion re­quest” from the FDA that showed sur­vival re­sults dif­fered from an analy­sis sub­mit­ted in Feb­ru­ary. That sub­mis­sion con­tained non-spe­cif­ic “im­prove­ments” over an ear­ly analy­sis show­ing a 1.04 haz­ard ra­tio, sug­gest­ing more pa­tients died tak­ing the drug than those in the con­trol arm.

At the time, CEO Michael Weiss not­ed the sur­vival analy­sis was not in­clud­ed in the orig­i­nal NDA, and that the Phase III was not pow­ered to mea­sure sur­vival.