In­nate Phar­ma has smoothed over a bump on a Phase II for la­cu­tam­ab, re­sum­ing en­roll­ment in the US as the FDA lifts its par­tial hold. 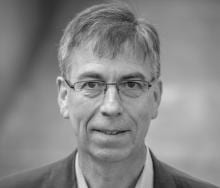 With a new clin­i­cal batch now green­light­ed, the US por­tion of TEL­LOMAK will now be re-ac­ti­vat­ed, fol­low­ing France and the UK ear­li­er this year. De­ci­sions are still pend­ing in Spain, Italy and Ger­many.

“We’re con­fi­dent in our abil­i­ty to sup­ply la­cu­tam­ab in this im­por­tant tri­al mov­ing for­ward, and look for­ward to re­ac­ti­vat­ing the tri­al glob­al­ly as quick­ly as pos­si­ble,” Pierre Do­di­on EVP and CMO of In­nate, said in a state­ment.