Close to a year-and-a-half af­ter tap­ping the brakes on one of its pre­clin­i­cal pro­grams to do some added ge­net­ic en­gi­neer­ing work on their next-gen CAR-T, Anixa $ANIX Ther­a­peu­tics says the reg­u­la­to­ry light is flash­ing red on their IND.

The San Jose, CA-based biotech — which changed its name from ITUS in 2018 — ex­plained in late 2019 that they were tak­ing a knee for at least a year so that re­searchers could go back and amp up the ex­pres­sion of fol­li­cle stim­u­lat­ing hor­mone on T cells to im­prove tar­get­ing of the FSH re­cep­tor on a spe­cif­ic set of ovar­i­an cells. That re­quired new vec­tor en­gi­neer­ing work by their part­ners at Mof­fitt Can­cer Cen­ter. 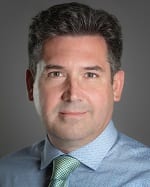 The work, though, has ev­i­dent­ly spurred ques­tions at the FDA, which slapped a clin­i­cal hold on the pro­gram, the biotech an­nounced Mon­day morn­ing.

Their shares plunged 28% on the news.