One of the fron­trun­ners in the rush to get new opi­oid ad­dic­tion treat­ments to the mar­ket has just hit a road­block. Just days be­fore its PDU­FA date, Brae­burn Phar­ma­ceu­ti­cals got a com­plete re­sponse let­ter from the FDA in lieu of an ap­proval. 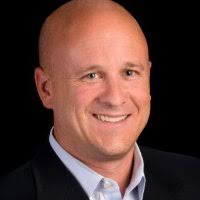 The com­pa­ny is de­vel­op­ing a for­mu­la­tion of buprenor­phine that’s in­ject­ed week­ly and month­ly. The drug is called CAM2038, and it pre­vi­ous­ly got fast track and pri­or­i­ty re­view des­ig­na­tions from the FDA. On the promise of this pro­gram, Brae­burn just closed a $110 mil­lion mez­za­nine round ear­li­er this month with back­ers in­clud­ing Deer­field and RA Cap­i­tal Man­age­ment.

Brae­burn was hop­ing to be the first to mar­ket with a month­ly in­jectable buprenor­phine, but the FDA said it needs more in­for­ma­tion be­fore it moves the ap­pli­ca­tion for­ward. Now, it looks like the in­dus­try’s leader In­di­v­ior may well beat them to the chase.

In­di­v­ior makes the well-known opi­oid ad­dic­tion drug Sub­ox­one, which was long tak­en as dai­ly strips that dis­solve on the tongue. The drug con­tains a mild opi­oid that helps stymie with­draw­al. But in No­vem­ber, In­di­v­ior got the FDA’s OK for a buprenor­phine ex­tend­ed-re­lease month­ly in­jec­tion, which goes by the brand name Sublo­cade. In­di­v­ior is poised to launch the prod­uct in Q1 of this year.

When asked what “ad­di­tion­al in­for­ma­tion” the FDA is re­quest­ing, Brae­burn de­murred. A com­pa­ny spokesper­son said the com­pa­ny had no fur­ther com­ment be­yond the press re­lease.

“Brae­burn will con­tin­ue to work close­ly with the FDA with the goal of bring­ing CAM2038 to mar­ket as quick­ly as pos­si­ble,” said Mike Derkacz, pres­i­dent and CEO of Brae­burn, in the re­lease. “Opi­oid ad­dic­tion is one of the worst pub­lic health crises in our na­tion’s his­to­ry. We are com­mit­ted to in­tro­duc­ing this in­no­v­a­tive treat­ment to bet­ter meet the over­whelm­ing needs of pa­tients.”