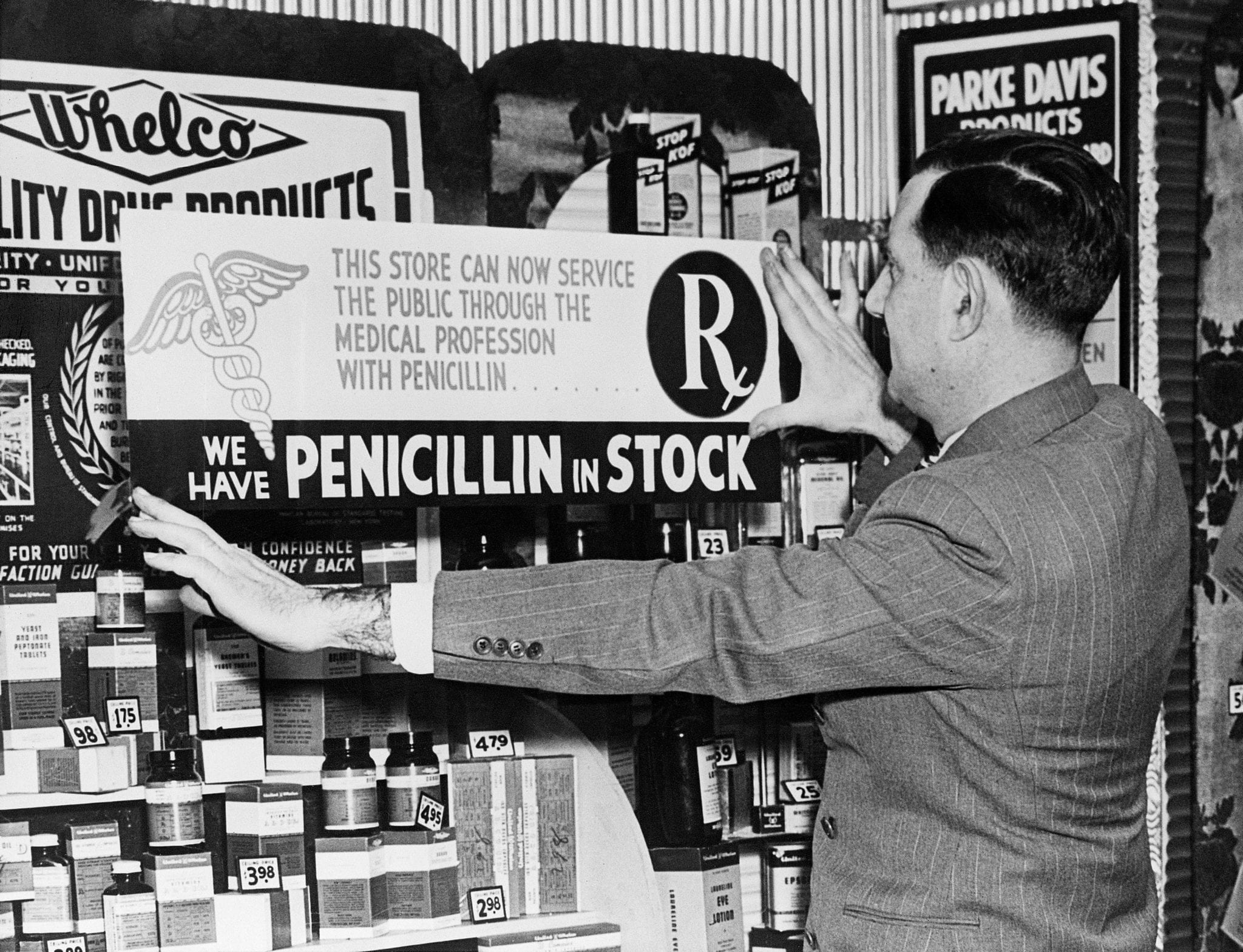 A pharmacist at Whalen's Drug Store, 55 E 42nd Street, is shown putting up a sign advertising the fact that they now have the wonder drug, penicillin, in stock. However, New Yorkers soon learned that the potent germ killer cannot be bought across the counter like liver pills but only by prescription and that it must be administered by a physician. (March 1945 — via Getty Images)
December 17, 2019 08:12 PM EST
FDA+

On­ly 25% of Amer­i­cans un­der­stand that a new drug ap­proved by the FDA does not nec­es­sar­i­ly mean the drug will help most peo­ple who use it, ac­cord­ing to the re­sults of a sur­vey con­duct­ed in 2017 and pub­lished last week in Phar­ma­coepi­demi­ol­o­gy & Drug Safe­ty.

As far as po­ten­tial ways to im­prove the pub­lic’s un­der­stand­ing on drug ap­provals, one of the sug­ges­tions is to place ban­ner ads on gen­er­al health ref­er­ence web­sites, like Drugs.com, Web­MD.com and may­oclin­ic.org, with short mes­sages of­fer­ing key facts about the ap­proval process and reg­u­la­tion of ad­ver­tise­ments.

First pub­lished in Reg­u­la­to­ry Fo­cus™ by the Reg­u­la­to­ry Af­fairs Pro­fes­sion­als So­ci­ety, the largest glob­al or­ga­ni­za­tion of and for those in­volved with the reg­u­la­tion of health­care prod­ucts.