In­vestors might re­mem­ber how in­ter­est in the stock of the lit­tle re­gen­er­a­tive med biotech Osiris Ther­a­peu­tics $OSIR hit a fever pitch in the sum­mer of 2015, with shares top­ping $21 as CEO Lode De­bra­ban­dere tout­ed a 78% spike in rev­enue, com­pared to the same pe­ri­od in 2014. The com­pa­ny was staffing up, in­tro­duc­ing a new prod­uct and was on a roll, by his ac­count.

But the SEC said late Thurs­day that a sig­nif­i­cant part of their suc­cess was an il­lu­sion. 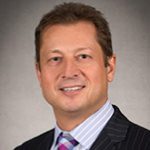 As that case was rolled out, Ja­co­by was plead­ing guilty to mak­ing false state­ments to au­di­tors, ac­cord­ing to a re­port from Reuters. In do­ing so, he agreed to a prison sen­tence of 4 to 10 months and a fine of up to $5 mil­lion. Law’s at­tor­ney, mean­while, said his client was not guilty and pre­pared to fight it out.

Ac­cord­ing to a state­ment from the SEC, just af­ter CEO C. Ran­dal Mills left to run the Cal­i­for­nia In­sti­tute for Re­gen­er­a­tive Med­i­cine in 2013, the ex­ec­u­tive crew en­gaged in some cre­ative ac­count­ing prac­tices in 2014 and 2015 to bur­nish the num­bers. The com­pa­ny is small, but has a high pro­file in its field.

The fed­er­al lit­i­ga­tion against the four ex­ecs re­mains un­der­way, with the stock trad­ing for a frac­tion of its 2015 high.