The Seat­tle-based com­pa­ny an­nounced Wednes­day that it net­ted $85 mil­lion from a slate of new and pre­vi­ous in­vestors. The quick boost could be a sign that an IPO is on the way.

In an email, Sil­ver­back CEO Lau­ra Shawver told me she was “not able to pro­vide any ad­di­tion­al com­ments about Sil­ver­back” be­yond what was shared in the com­pa­ny’s news re­lease. In the pre­pared state­ment, she said the com­pa­ny is at “an im­por­tant growth phase.” 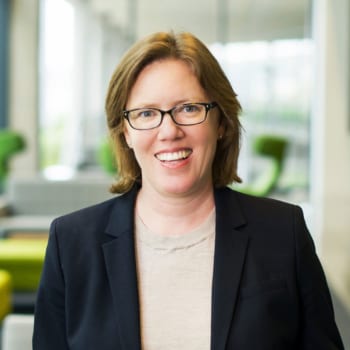 “TLR8 is the in­nate im­mune re­cep­tor ex­pressed in hu­man myeloid cells, and the abil­i­ty then to sys­tem­i­cal­ly de­liv­er an agent, whose ac­tiv­i­ty is lo­cal­ized to the site of the tu­mor and on­ly ac­ti­vates myeloid cells in the tu­mor is a very ex­cit­ing ther­a­peu­tic,” CSO Va­lerie Ode­gard told End­points News back in March.

Sil­ver­back al­so seized the op­por­tu­ni­ty to an­nounce two pro­mo­tions: Ode­gard, who’s been the com­pa­ny’s CSO for two years, is adding pres­i­dent to her ti­tle. And Nao­mi Hun­der jumped from se­nior VP of clin­i­cal re­search and de­vel­op­ment, where she’s been for about a year and a half, to CMO.

“We are at an im­por­tant growth phase for the com­pa­ny and their on­go­ing lead­er­ship will be crit­i­cal as we progress SBT6050 through clin­i­cal de­vel­op­ment, as well as ad­vance our ro­bust pre­clin­i­cal pipeline,” Shawver said in a state­ment.

The can­cer space is abound with AD­Cs, in­clud­ing Im­munomedics’ Trodelvy, which was re­cent­ly ap­proved for metasta­t­ic triple-neg­a­tive breast can­cer. The biotech, which is set to be ac­quired by Gilead, pre­sent­ed pos­i­tive new da­ta at vir­tu­al ES­MO 2020, and is rac­ing to­ward ap­proval in urothe­lial can­cer, where it will com­pete with Seat­tle Ge­net­ics’ ADC Pad­cev.