A new ax cuts the deep­est. And new Are­na Phar­ma­ceu­ti­cals $AR­NA CEO Amit Mun­shi is us­ing his shiny blade to whit­tle the com­pa­ny down to fit his pro­file of a lean, mean, drug de­vel­op­ment ma­chine — even as his old com­pa­ny Epirus strug­gles to sur­vive.

With com­pa­ny co-founder Jack Lief long gone af­ter the mis­er­able de­but of weight loss drug Belviq, Mun­shi is get­ting back to ba­sics. And he’s cut­ting 100 staffers in the process — 73% of the re­main­ing U.S. staff, which had al­ready had its ranks thinned in an ear­li­er re­struc­tur­ing.

The cuts are aimed across three pri­ma­ry ar­eas: Re­search, man­u­fac­tur­ing and G&A.

What’s left? About 35 staffers in the U.S., who will be de­vot­ed to the de­vel­op­ment of a small pipeline of ex­per­i­men­tal ther­a­pies. 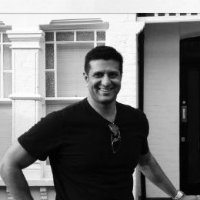 Two weeks ago Epirus sold an op­er­a­tion in The Nether­lands for $3.5 mil­lion in bad­ly need­ed cash.

In the latest incident where Alex Azar has steadfastly taken the side of President Donald Trump over that of the FDA, the HHS secretary was noncommittal this morning when asked if he supports the attempt by his subordinates at the FDA to strengthen guidelines for a vaccine EUA.

Appearing on NBC’s Today Show, the HHS secretary muddied the waters, stating that the guidance that matters is the one that is “actually already out there.”

The concerns keep mounting over President Donald Trump’s politicization of the FDA and other federal agencies guiding the development of a safe and effective vaccine. And today, the telegenic New York governor Andrew Cuomo appeared to introduce even more politics into the matter — latest in an ongoing series of incidents that have cast the proudly independent FDA in starkly political terms.

During his daily press conference Cuomo said that the state will review any coronavirus vaccines approved by the federal government, citing a lack of trust of the Trump administration. The announcement comes one day after Trump accused the FDA of making an “extremely political” move in proposing stricter vaccine guidance.

Months after reeling in a $78 million Series B round, Silverback Therapeutics has hooked an even larger Series C.

The Seattle-based company announced Wednesday that it netted $85 million from a slate of new and previous investors. The quick boost could be a sign that an IPO is on the way.

In an email, Silverback CEO Laura Shawver told me she was “not able to provide any additional comments about Silverback” beyond what was shared in the company’s news release. In the prepared statement, she said the company is at “an important growth phase.”

Operation Warp Speed is stacking its vaccine portfolio with a “TBD” new candidate: a live attenuated vaccine that can be administered in a single dose, potentially as an oral formulation rather than an injection.

That could be because the unannounced candidate appears to match the profile of an inoculation being developed by Merck, according to Bloomberg, which first reported the development based on a presentation by Moncef Slaoui.

As has been the trend in 2020, Taysha Gene Therapies has become the latest biotech to make a quick ascent from a small, privately-funded company to enjoying its very own Nasdaq ticker.