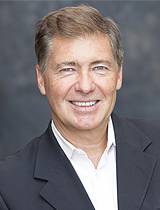 Paya’s im­me­di­ate an­swer: The com­pa­ny isn’t for sale — at least not at any­thing like the cur­rent stock price.

That was the be­gin­ning of a lengthy se­ries of back-and-forth bids and par­ries. With its share price on the ropes, the biotech steered away from 2 CVRs worth up to $85 mil­lion each, along with the ini­tial bid of $200 mil­lion in cash. 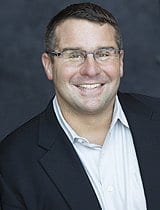 The M&A deal for Im­mune De­sign is at the op­po­site end of a spec­trum lit up by block­buster deals for the likes of Kite or Loxo and AveX­is. There were no vast rich­es be­stowed on suc­cess­ful com­pa­ny ex­ecs. But at a time when a lot of biotechs are liv­ing with de­pressed share val­ues, it’s like­ly we’ll be see­ing more of these deals — based on terms like the un­pop­u­lar CVR, suc­cess­ful­ly pushed in the Cel­gene buy­out — as the ma­jor play­ers gear up with new ac­qui­si­tions.

But that doesn’t mean you have to give away the store.

Over 4 months of talks — while Im­mune De­sign was try­ing, un­suc­cess­ful­ly, to spark some out­side bids among a slate of prospects — Mer­ck and the lit­tle biotech grad­u­al­ly came to $5.85 per share as a win­ning bid. And it came down to pen­nies, with Im­mune De­sign push­ing for an ex­tra nick­el at the end — even as Mer­ck was ready to call their high­est, best of­fer. Dur­ing that stretch, Im­mune De­sign’s own self-as­sess­ment spurred the board to low­er the prob­a­bil­i­ty of suc­cess for G100 in fol­lic­u­lar lym­phoma as it re­viewed its prospec­tive in­de­pen­dent fu­ture by the num­bers. 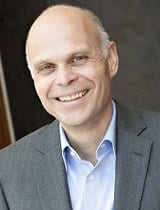 Cu­ri­ous­ly, the com­pa­ny’s SEC fil­ing on the ne­go­ti­a­tions avoids men­tion­ing which se­nior ex­ec­u­tives at Mer­ck were in­volved in the talks. The phar­ma gi­ant rarely shows its hand and clear­ly want­ed to keep as much of this be­hind closed doors as pos­si­ble.

Those num­bers won’t win any records, but af­ter the year that Im­mune De­sign has had, they’ll take it.

Francis led Sandoz, the generics division of Novartis, for five years from 2014 to 2019, leaving as Novartis began making plans to spin out the unit. It’s been a challenging several years for generics companies, which have seen supply chains disrupted, pressure on how much they can charge for drugs, and stock prices in decline.