Ex­act­ly two years af­ter Gilead $GILD stepped in with $725 mil­lion in cash to buy in­to li­cens­ing rights for Gala­pa­gos’ $GLPG spot­light drug fil­go­tinib, the Bel­gian biotech has de­cid­ed to grab the Eu­ro­pean co-pro­mo­tion rights it had left for it­self in the deal. And mar­ket wags won’t over­look the fact that the orig­i­nal deal they worked out in­clud­ed a lock­up and stand­still agree­ment for Gilead to sit on its 13.27% stake — right up un­til that part of the pact ex­pires in just 17 days. 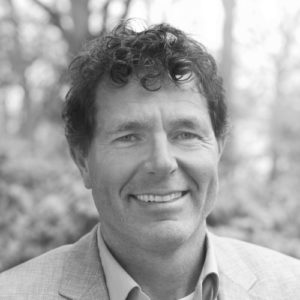 The sto­ried Gala­pa­gos drug, which had been dumped by Ab­b­Vie on­ly to be quick­ly picked back up in a rich deal with Gilead, is be­ing put through three late-stage stud­ies — dubbed FINCH 1, 2 and 3 – which will test two dos­es in more than 3,000 rheuma­toid arthri­tis pa­tients.

That note on the ex­pir­ing stand­still agree­ment will at­tract con­sid­er­able buzz from an­a­lysts and in­vestors who nev­er could let go of the mo­ti­va­tion Gilead would have in ac­quir­ing the biotech — if it still be­lieves that they’re on to a block­buster. Gilead, though, has sat­is­fied an­a­lysts look­ing for a trans­for­ma­tion­al deal with the $12 bil­lion Kite buy­out and a plan to con­cen­trate its M&A work on CAR-T.

In the mean­time, Gala­pa­gos says it’s us­ing the lead up to a mar­ket­ing ap­pli­ca­tion to start cre­at­ing a com­mer­cial or­ga­ni­za­tion.