Gala­pa­gos $GLPG says it got the proof-of-con­cept da­ta re­searchers were look­ing for from their mid-stage tri­al of GLPG1690 for id­io­path­ic pul­monary fi­bro­sis and will now push for­ward as planned in­to a piv­otal pro­gram.

Fast on the heels of a ri­otous re­cep­tion for Fi­bro­Gen’s PoC round for a ri­val IPF drug, the Bel­gian biotech says their drug clear­ly sta­bi­lized a small group of pa­tients with the dis­ease while pa­tients in the place­bo arm con­tin­ued to de­cline. 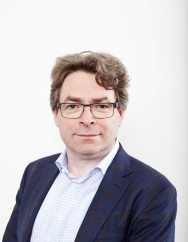 The forced vi­tal ca­pac­i­ty (FVC) of lungs on the drug edged up 8 mL in 23 IPF pa­tients while the place­bo group saw a mean de­cline from base­line of 87 mL.

Gala­pa­gos’ re­sults with GLPG1690 are ex­treme­ly ex­cit­ing and ex­ceed those of pre­vi­ous stud­ies. This brings hope to pa­tients with id­io­path­ic pul­monary fi­bro­sis that new ef­fec­tive treat­ment may be on the hori­zon. Im­por­tant­ly, some pa­tients even showed an in­crease of lung func­tion with­in on­ly 12 weeks of treat­ment, and the drug was well tol­er­at­ed. The re­sults from FLO­RA beg the ques­tion how pa­tients will fare with longer treat­ment. I urge Gala­pa­gos and the IPF com­mu­ni­ty to progress to the next phase of clin­i­cal tri­als as rapid­ly as pos­si­ble.