In­otek CEO David South­well said the re­verse merg­er was the best op­tion for share­hold­ers, who will wind up with a 19% slice of the merged op­er­a­tion. Just be­fore the an­nounce­ment, In­otek stock end­ed the day at $1.05 and a mar­ket cap of $28 mil­lion — far less than cash. 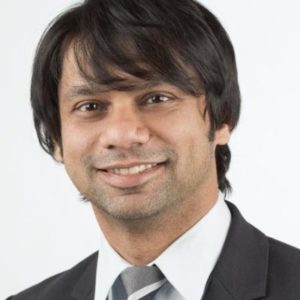 Rock­et has kept a low pro­file, but it’s head­ed by No­var­tis vet Gau­rav Shah, a Co­lum­bia-ed­u­cat­ed physi­cian who spent sev­er­al years work­ing on the phar­ma gi­ant’s break­through CAR-T pro­gram, ac­cord­ing to his LinkedIn pro­file. Ear­li­er this year Rock­et filed a Form D with the SEC stat­ing that it had raised $25 mil­lion of a $30 mil­lion round.

That fil­ing in­clud­ed Naveen Yala­manchi at RTW as a prin­ci­pal, along­side his col­league Rod­er­ick Wong and Shah.

Rock­et now emerges with a spot on the pub­lic mar­kets and a fo­cus on de­vel­op­ing gene ther­a­pies with a pair of vec­tor plat­forms to its cred­it. Ac­cord­ing to a re­port in Xcon­o­my last year, Rock­et has helped fund the re­search of Fred Hutch in­ves­ti­ga­tor Jen­nifer Adair, who’s been work­ing on a bench top gene ther­a­py sys­tem that could be used in the field, so to speak.

“Our vi­sion is to cre­ate a ful­ly-in­te­grat­ed plat­form gene ther­a­py com­pa­ny with a port­fo­lio of dis­tinct treat­ments for dev­as­tat­ing ge­net­ic dis­eases,” said Shah in a state­ment. “FA, LAD-1 and PKD are near term op­por­tu­ni­ties in rare bone mar­row-de­rived dis­or­ders. The AAV-based ap­proach, while ear­li­er, will tar­get treat­ment of a broad­er range of chal­leng­ing dis­eases.”