Grit­stone On­col­o­gy launched one of the most promi­nent neoanti­gen R&D ef­forts in the in­dus­try with a $102 mil­lion mega-round two years ago. And now the biotech is lin­ing up its first big clin­i­cal for­ay — while lay­ing the foun­da­tion for an even­tu­al mar­ket launch — with an­oth­er mega-round that weighs in at $92.7 mil­lion. 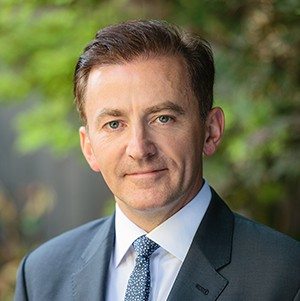 Lil­ly Asia Ven­tures took the lead on the round, with par­tic­i­pa­tion from GV (for­mer­ly Google Ven­tures), Bei­jing-based Trini­tas Cap­i­tal and Alexan­dria Ven­ture In­vest­ments, all new in­vestors and an ex­am­ple of the grow­ing amount of Chi­nese in­vest­ment cap­i­tal mak­ing its way in­to US biotechs. All ex­ist­ing in­vestors are al­so all par­tic­i­pat­ing in the round, in­clud­ing Ver­sant Ven­tures, The Col­umn Group, Clarus Funds and Fra­zier Health­care Part­ners.

Biotech goals don’t get much more am­bi­tious than what you’ll see at Grit­stone. Re­searchers are build­ing a plat­form tech aimed at iden­ti­fy­ing the rare mu­ta­tions that can be trans­lat­ed in­to per­son­al­ized neoanti­gen ther­a­pies for a slate of can­cers. And the biotech is prepar­ing to take its first shot at non-small cell lung can­cer with a tri­al set to launch in the mid­dle of next year.

Allen is acute­ly aware of the va­ri­ety of ef­forts un­der­way to get out in front and de­liv­er the first neoanti­gen com­mer­cial pro­gram. He says there are two key mea­sures that will dic­tate which com­pa­ny is first.

There are some sim­i­lar­i­ties be­tween this nascent field and CAR-T, the new per­son­al­ized can­cer ther­a­py that has just seen the first big OK. But Allen tells me there are some im­por­tant dis­tinc­tions.

That all de­pends on a new tech that has to be built in­to a com­mer­cial mod­el from the ground up. What’s that go­ing to cost?

“We haven’t worked out the fi­nal num­ber,” Allen tells me. A lot will de­pend on the mag­ni­tude of clin­i­cal ef­fect. “What we do know is that to do this se­ri­ous­ly is a ma­jor un­der­tak­ing.”

Cer­tain­ly an IPO is like­ly, when the time is ripe and there’s some­thing tan­gi­ble for gen­er­al­ists to look at. Part­ner­ships are a dis­tinct pos­si­bil­i­ty, which Allen says will prob­a­bly be built around “shared” anti­gens, where ther­a­pies can be de­vel­oped for spe­cif­ic buck­ets of pa­tients rather than on a one-on-one ba­sis.

In the mean­time, the ven­ture part­ners ap­pear ready to go all the way with this one.