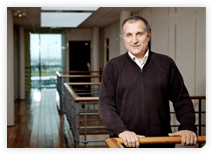 GSK has pledged the cash to sub­si­dize the em­ploy­ment of 57 staffers at the re­search fa­cil­i­ty in Ville­bon-sur-Yvette over the next four years as part of its agree­ment to hand it all over to On­code­sign, which eval­u­ates new drug can­di­dates for its cus­tomers.

The group had been do­ing some­thing sim­i­lar for GSK, help­ing out with the com­pa­ny’s in­cu­ba­tion ef­forts on the dis­cov­ery side.

The de­ci­sion to jet­ti­son the fa­cil­i­ty has cor­po­rate roots that date all the way back to late 2014, when flag­ging Ad­vair sales and a slow ramp up on new drugs left an­a­lysts chaf­ing over GSK’s fi­nan­cials. Glaxo ripped in­to its re­search op­er­a­tions in Re­search Tri­an­gle Park in North Car­oli­na, quick­ly re­struc­tur­ing and trans­fer­ring hun­dreds of jobs to Parex­el (which quick­ly laid off many of their new staffers.)

R&D trans­fers or cuts, though, don’t hap­pen with the same speed in France. As for­mer Sanofi CEO Chris Viehbach­er found out af­ter re­port­ed­ly diss­ing the pro­duc­tiv­i­ty of the com­pa­ny’s French re­search (there wasn’t any), French work rules and French gov­ern­ment of­fi­cials can make it quite a chore to re­or­ga­nize and lay off staffers in the coun­try.

That all played out well for On­code­sign, though, which is based in Di­jon and now has a new re­search cen­ter with the pay­roll cov­ered by GSK for sev­er­al years to come.

Philippe Genne, CEO and founder of On­code­sign, had this to say in a state­ment: