A dark horse as­set from Glax­o­SmithK­line’s $5.1 bil­lion buy­out of Tesaro is out with its first batch of da­ta in over a year — promis­ing da­ta that could line up the British drug­mak­er for the 7th FDA ap­proved PD-1 drug, al­though it’s not clear when. 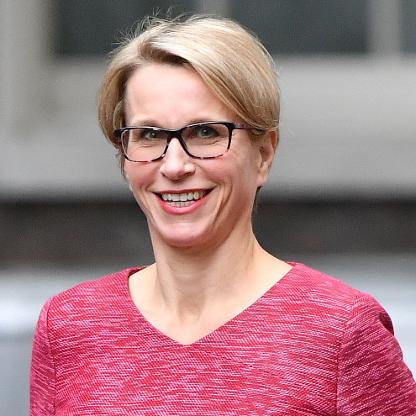 GSK first re­leased da­ta for dostar­limab four months af­ter the buy­out. To­day they’re back with an­oth­er set that, while not over­whelm­ing, helps con­firm some of the promise of the ini­tial round. In 71 pa­tients with re­cur­rent or ad­vanced mis­match re­pair-de­fi­cient (dMMR) en­dome­tri­al can­cer that pro­gressed on or af­ter chemother­a­py, the drug led to a 42% over­all re­sponse rate and a 58% dis­ease con­trol rate. That broke down in­to 13% com­plete re­sponse rate and a 30% par­tial re­sponse rate.

The da­ta were for one co­hort of the larg­er Phase I/II GAR­NET tri­al that first read out last year. Four oth­ers are al­so un­der­way and still en­rolling for pa­tients with dif­fer­ent types of the en­dome­tri­al can­cer, which GSK cites as the most com­mon gy­nae­co­log­ic ma­lig­nan­cy.

When GSK re­leased the first da­ta in March 2019, the drug­mak­er said they would sub­mit a BLA for sec­ond-line en­dome­tri­al can­cer to the FDA by the end of the year, and they qui­et­ly dis­closed that they had done so in their 2019 full-year re­port. Al­though there’s still no word on when that ap­pli­ca­tion was sub­mit­ted, GSK said in the re­port that an­tic­i­pat­ed ap­proval is ex­pect­ed in the sec­ond half of 2020.

As with their PARP in­hibitor Ze­ju­la, dostar­limab would en­ter a crowd­ed mar­ket — what has be­come, in fact, one of the most crowd­ed mar­kets in on­col­o­gy, with six dif­fer­ent PD-1/L1 ther­a­pies on the mar­ket and a clear gi­ant in the field in Mer­ck’s Keytru­da. Few, though, are ap­proved for en­dome­tri­al can­cers. An ap­proval could help some of those pa­tients, and al­so go a ways to­ward jus­ti­fy­ing Tesaro’s cost and sig­nal­ing GSK’s re­turn to on­col­o­gy.