When­ev­er the FDA ap­proves a drug, com­pa­nies usu­al­ly tout the pa­tient pop­u­la­tion that it’s go­ing to help. That’s not ex­act­ly the case for the most re­cent ap­proval to come through at the FDA, though. 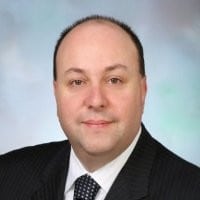 Reg­u­la­tors made it clear that the risk of bioter­ror­ism is the chief con­cern here.

The FDA liked the sur­vival da­ta, as well as the safe­ty pro­file as demon­strat­ed by a tri­al in­volv­ing 359 healthy hu­man vol­un­teers.

The ap­proval goes to Siga Tech­nolo­gies, which had teamed up with the Bio­med­ical Ad­vanced Re­search and De­vel­op­ment Au­thor­i­ty (BAR­DA) on the project and is now el­i­gi­ble to re­ceive $41 mil­lion.

For now, Tpoxx will on­ly be avail­able through the US gov­ern­ment’s Strate­gic Na­tion­al Stock­pile, which al­ready has 2 mil­lion cours­es of the oral ther­a­py.