Any small doubts about GW Phar­ma’s $GW­PH chances for a quick OK for their land­mark, cannabis-based drug Epid­i­olex were quick­ly laid to rest to­day with a unan­i­mous vote in fa­vor of ap­proval from the ex­pert pan­el gath­ered to­day to of­fer their ad­vice.

The group vot­ed 13 to 0 in fa­vor of an OK, and FDA of­fi­cials help­ful­ly told the ad­comm mem­bers that they were com­mit­ted to giv­ing this ther­a­py an ac­cel­er­at­ed de­ci­sion. And they were backed by an in-house re­view at the FDA that al­so en­dorsed the drug on every ma­jor point, rec­om­mend­ing an ap­proval.

If that’s not a layup at the FDA, they don’t ex­ist. 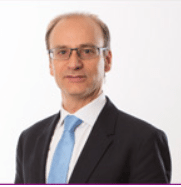 GW has gath­ered some im­pres­sive ef­fi­ca­cy da­ta on their drug, pitched to pre­vent seizures in chil­dren suf­fer­ing from rare cas­es of Lennox-Gas­taut syn­drome and Dravet syn­drome. This is shap­ing up to be the first OK ever for a new class of oral, cannabis-based drugs de­signed to de­liv­er a ther­a­peu­tic ef­fect with­out the high.

Clar­i­vate has pegged 2022 sales at a block­buster sized $1.2 bil­lion, mak­ing this roll­out a huge­ly im­por­tant event for the UK-based com­pa­ny.

Gen­er­al­ly, it’s stan­dard to say here that the pan­el’s vote is ad­vi­so­ry on­ly. The agency doesn’t have to fol­low through with an ap­proval. But this unan­i­mous de­ci­sion makes that a moot point.