It’s been al­most a year since G1 Ther­a­peu­tics com­plet­ed a $47 mil­lion crossover round. But now the can­cer drug de­vel­op­er says it’s ready for a $115 mil­lion IPO, jump­ing in­to a grow­ing queue on Wall Street with a plan to take on some of the gi­ants in the bio­phar­ma busi­ness.

Re­search Tri­an­gle Park, NC-based G1 is aimed at a well known tar­get in can­cer re­search: CDK 4/6. Pfiz­er scored the pi­o­neer­ing OK for their block­buster drug in 2015, field­ing Ibrance. And No­var­tis fol­lowed up re­cent­ly with Kisqali (peak sales po­ten­tial around $2.5 bil­lion), set­ting up a di­rect clash as Eli Lil­ly pur­sues its own pro­gram for abe­maci­clib.

So where does lit­tle G1 fit in­to this pic­ture? 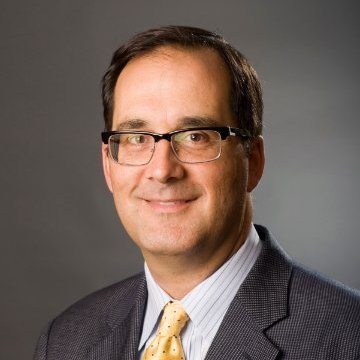 CEO Mark Vel­le­ca and the crew at G1 feel they have start­ed down the path to de­vel­op­ing CDK 4/6 drugs that can do much bet­ter than the first wave in tack­ling can­cer. Ibrance is close­ly linked with neu­trope­nia, forc­ing physi­cians to give the drug on an in­ter­mit­tent sched­ule with time off to help pa­tients han­dle the side ef­fects. G1 be­lieves its IV CDK 4/6 is a first-in-class con­tender that can su­per­sede the fron­trun­ners on the mar­ket. And it has an oral CDK 4/6 in de­vel­op­ment for dai­ly dos­ing with a pre­clin­i­cal ther­a­py look­ing to en­ter the clin­ic soon.

These drugs, says G1 in the S-1, are al­so prime for part­ner­ing with a wide range of ap­proved ther­a­pies.

The lead drug, tri­laci­clib, is in three clin­i­cal tri­als—two Phase Ib/IIa tri­als and a Phase II tri­al. G1 has burned through $65 mil­lion to get to this point.