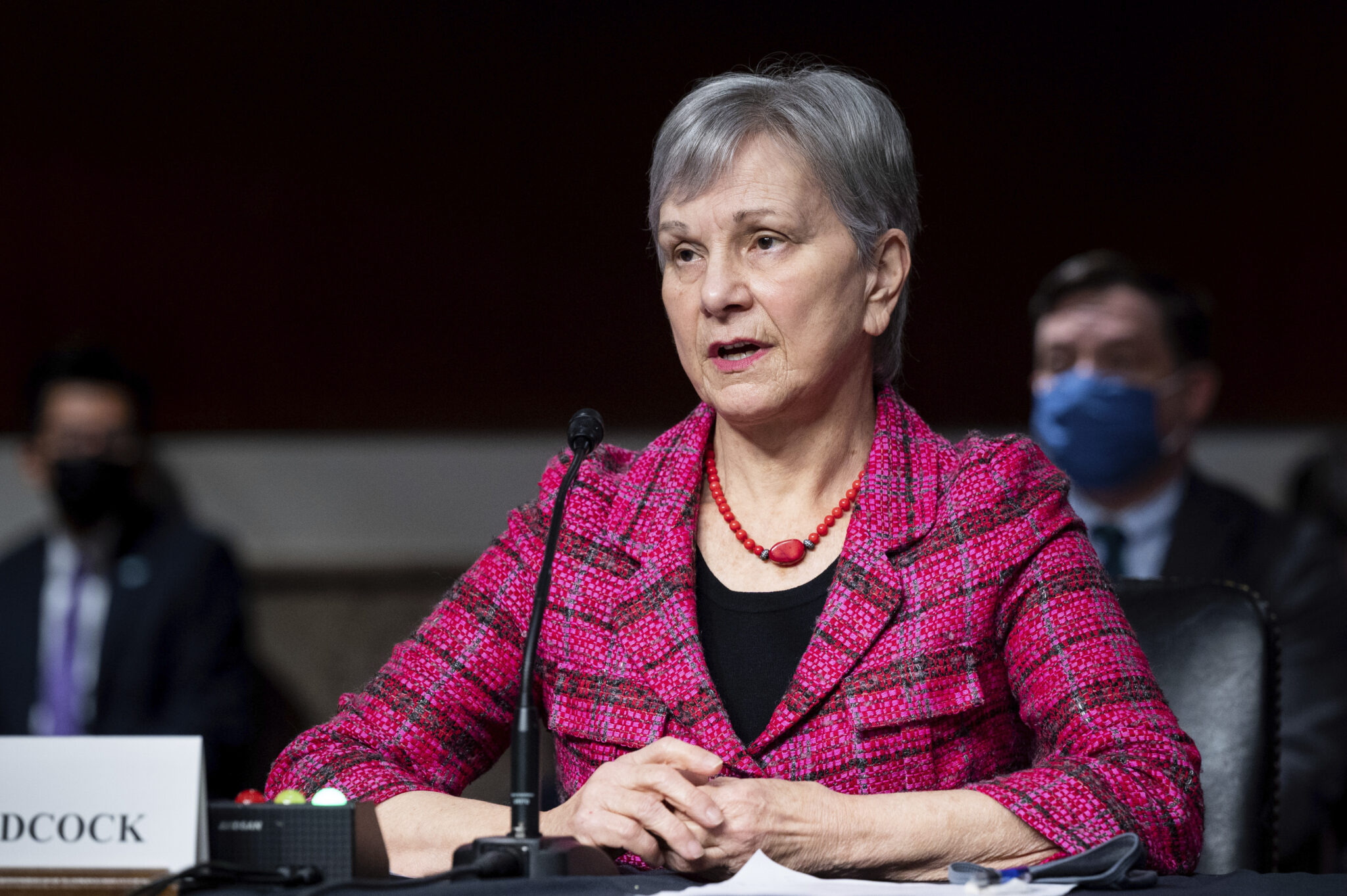 Sen. Mag­gie Has­san (D-NH), whose state has been hit hard by the opi­oid cri­sis, di­rect­ly ques­tioned FDA act­ing com­mis­sion­er Janet Wood­cock on Thurs­day about how the FDA didn’t know un­til re­cent­ly about its con­flict­ing work with McK­in­sey, which was al­so con­sult­ing for opi­oids man­u­fac­tur­ers while work­ing on the FDA’s track-and-trace sys­tem. But Wood­cock said that she did know, and she said she didn’t think there was any­thing im­prop­er go­ing on.

“Well, speak­ing for my­self, I was aware, at that time that McK­in­sey was on­ly do­ing con­sult­ing work of an ad­min­is­tra­tive na­ture for the FDA,” Wood­cock said. “Noth­ing to do with any prod­uct or stan­dard or any­thing like that.”

Wood­cock has tak­en a lot of heat over the opi­oid ap­provals un­der her watch as CDER di­rec­tor, and it may have con­tributed to her not be­ing nom­i­nat­ed as per­ma­nent com­mis­sion­er (al­though Pres­i­dent Biden has yet to make his nom­i­na­tion).

An­oth­er Dem, Sen. Joe Manchin of West Vir­ginia, pre­vi­ous­ly wrote to Pres­i­dent Joe Biden, ad­vis­ing him not to name Wood­cock as per­ma­nent FDA com­mis­sion­er be­cause of the de­ci­sions she made around opi­oids in the past. “By over­see­ing con­tin­u­ous ap­provals of stronger and more ad­dic­tive opi­oids since the ini­tial ap­proval of Oxy­Con­tin in 1995 – and Dr. Wood­cock has been there for all of it. Dr. Wood­cock has re­peat­ed­ly ig­nored pub­lic health con­cerns and shown a dere­lic­tion of du­ty by not work­ing to end this epi­dem­ic,” Manchin wrote.

Among those doc­u­ments will be a de­tailed de­scrip­tion of any mat­ters McK­in­sey has worked on for FDA since 2008 in­volv­ing opi­oids, gener­ic drugs, biosim­i­lar drugs, drug dis­tri­b­u­tion, drug ap­provals, the drug ap­proval process, track-and-trace sys­tems, REMS, or drug safe­ty pro­grams, in­clud­ing the dates, sub­ject mat­ter, work per­formed, and amount FDA paid McK­in­sey for each project.

In ad­di­tion, the com­mit­tee is seek­ing all pre­sen­ta­tions, mem­o­ran­da, re­ports, or oth­er work prod­uct pre­pared for FDA be­tween 2005 and 2021. It al­so re­quest­ed a list of all McK­in­sey con­sul­tants or em­ploy­ees who con­sult­ed or oth­er­wise worked on projects for FDA be­tween 2005 and 2021 and al­so worked on projects for any opi­oid- or phar­ma­ceu­ti­cal-re­lat­ed com­pa­ny at any time dur­ing this pe­ri­od, in­clud­ing but not lim­it­ed to Ab­b­Vie, Am­gen, Cel­gene, Sanofi, Pur­due, En­do, Mallinck­rodt, Janssen, Te­va, Ac­tavis, Amerisource Bergen, McKesson, Car­di­nal Health, CVS, and Wal­mart.