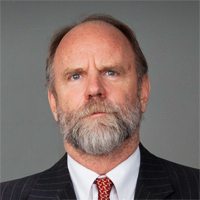 Back in 2010, when Carl Ic­ahn was spook­ing Hen­ri Ter­meer and the man­age­ment of Gen­zyme, the heavy­weight ac­tivist in­vestor sent over a list of hand-picked names for new board mem­bers that could help shake things up at the com­pa­ny at the time it was grap­pling with some se­vere man­u­fac­tur­ing prob­lems.

One of those names: Richard Mul­li­gan, a leg­end in the gene ther­a­py field whose Har­vard lab in the 80s in­clud­ed pi­o­neers like James Wil­son and Olivi­er Danos. Mul­li­gan and an­oth­er of Ic­ahn’s fa­vorites at the time, Alex Den­ner, had al­ready vault­ed on to the board at Bio­gen in 2009 to push for changes at the top. And they got it, bring­ing in George Scan­gos in a man­age­ment coup in 2010.

I don’t know, but who can re­sist talk­ing about it?

In the mean­time, look for Ic­ahn to start mak­ing waves in biotech again as Mul­li­gan spear­heads new plays in the field.