In May, when ICER pub­lished its draft re­port, the non-prof­it pre­sent­ed this chart: 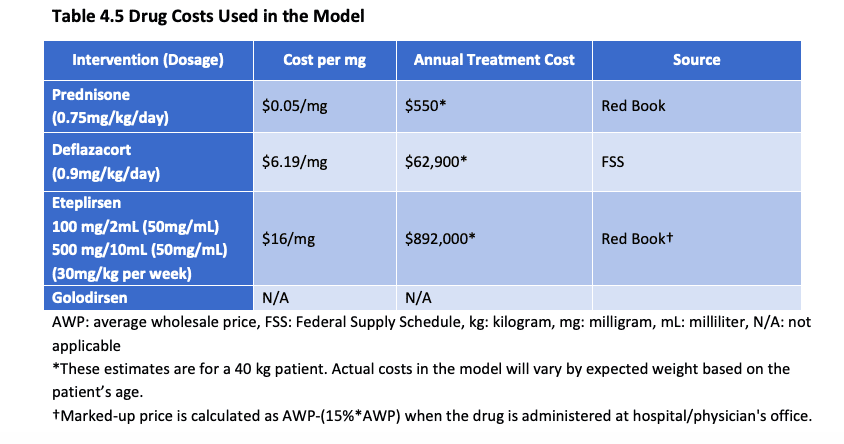 “We do not know what fac­tors ICER used in their mod­el­ing. We have not raised the price of the drug since launch and are not plan­ning any price in­creas­es,” a Sarep­ta spokesper­son told End­points News.

PTC con­curred. There has been no change in Em­flaza’s pric­ing or dis­counts, a spokesper­son told End­points News.