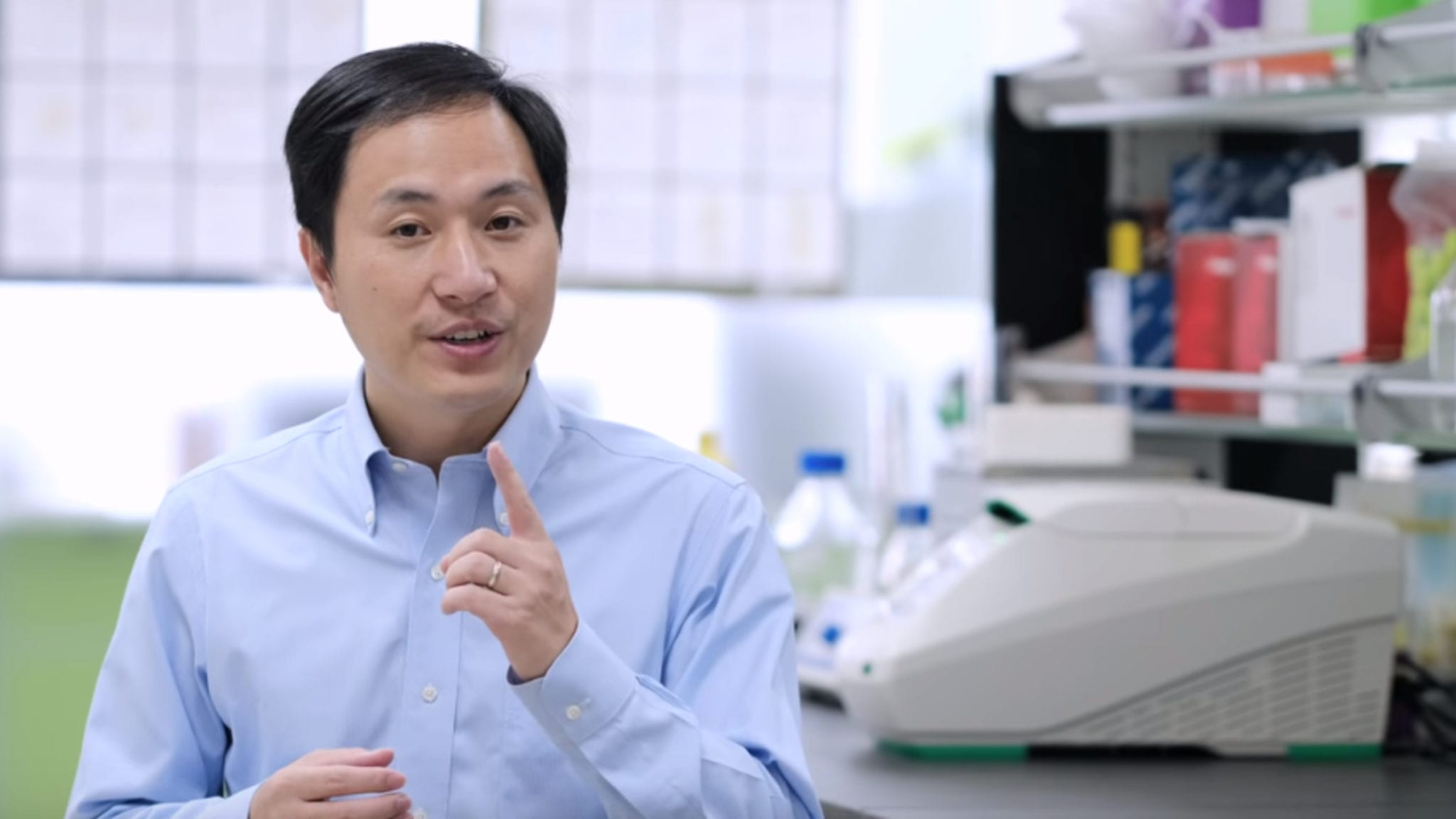 A Chi­nese re­searcher is claim­ing that he cre­at­ed the first-ever ge­net­i­cal­ly edit­ed ba­bies us­ing CRISPR/Cas9 tools that have now be­come a com­mon fea­ture in labs around the world. And the news trig­gered a tem­pest in sci­en­tif­ic cir­cles the world over as re­searchers who have been us­ing gene-edit­ing tech to re­fine plants and forge new ther­a­pies try to puz­zle out the stun­ning —if true — de­vel­op­ment fea­tured on YouTube.

The sci­en­tist who claimed cred­it for the work, though, of­fered a sun­ny per­spec­tive on YouTube.

“Two beau­ti­ful Chi­nese girls named Lu­lu and Nana came cry­ing in­to the world as healthy as any oth­er ba­bies a few weeks ago,” said Shen­zhen-based re­searcher Jiankui He in the YouTube video and WeChat post. But this was no av­er­age birth. The re­searcher’s un­ver­i­fied claim is that the twins’ em­bryos have been ge­net­i­cal­ly en­gi­neered with CRISPR to de­com­mis­sion CCR5, a gene used by HIV as a back door in­to a cell.

Ahead of an in­ter­na­tion­al con­fer­ence on gene edit­ing ex­pect­ed to com­mence on Tues­day in Hong Kong, He said he had al­tered em­bryos for sev­en cou­ples dur­ing fer­til­i­ty treat­ments, with one preg­nan­cy re­sult­ing thus far. But the le­git­i­ma­cy of the project is be­ing in­ves­ti­gat­ed. The South­ern Uni­ver­si­ty of Sci­ence and Tech­nol­o­gy in Shen­zhen, with which He is af­fil­i­at­ed, is­sued a state­ment say­ing it was “deeply shocked” and un­aware of his re­search project which they con­sid­er a “se­ri­ous vi­o­la­tion of aca­d­e­m­ic ethics and stan­dards.” The uni­ver­si­ty added He has been on leave with­out pay since Feb­ru­ary.

He has claimed his aim was not to cure or pre­vent an in­her­it­ed dis­ease, but to con­fer a trait that is nat­u­ral­ly com­mon in parts of North­ern Eu­rope — an abil­i­ty to re­sist an HIV in­fec­tion from the AIDS virus. But the choice to ed­it this CCR5 gene, the block­ade of which may al­so be ef­fec­tive in thwart­ing cholera and small­pox, im­me­di­ate­ly trig­gered an on­line up­roar over the use of CRISPR to al­ter DNA in a way that could be passed down for gen­er­a­tions to come.

I'd add that my col­lab­o­ra­tors from Shen­zhen were pret­ty sur­prised by this new to­day. Jiankui He is sup­posed to be work­ing on new sin­gle-mol­e­cule DNA se­quenc­ing tech­nolo­gies. He does­n't have a ge­net­ics or hu­man health back­ground at all. This sto­ry is­n't adding up at all. https://t.co/SkVbx­AnXv8

He’s project in­volved cou­ples in which the men had HIV but the women did not, and the goal was to pre­vent their chil­dren from suf­fer­ing the same fate.

Ac­cord­ing to the AP re­port, He said that in one twin, both copies of the in­tend­ed gene had been al­tered, while in the oth­er twin, just one copy had been dis­abled — and that there was no ev­i­dence of harm to any oth­er genes. Hu­mans with one copy of the gene can still be in­fect­ed with HIV.

He, who is al­so a founder of a DNA se­quenc­ing com­pa­ny Di­rect Ge­nomics, ob­tained in­formed con­sent from par­tic­i­pants call­ing the study an “AIDS vac­cine de­vel­op­ment project.” How­ev­er, in his ap­pli­ca­tion form seek­ing eth­i­cal ap­proval, he dubbed it a CCR5 gene edit­ing project.

And two founders of CRISPR were al­so quick to note their own prob­lems with the Chi­na em­bryo project.

The Broad In­sti­tute’s Feng Zhang, a co-in­ven­tor of the tech­nol­o­gy, had this to say:

Al­though I ap­pre­ci­ate the glob­al threat posed by HIV, at this stage, the risks of edit­ing em­bryos to knock out CCR5 seem to out­weigh the po­ten­tial ben­e­fits, not to men­tion that knock­ing out of CCR5 will like­ly ren­der a per­son much more sus­cep­ti­ble for West Nile Virus. Just as im­por­tant, there are al­ready com­mon and high­ly-ef­fec­tive meth­ods to pre­vent trans­mis­sion of HIV from a par­ent to an un­born child.

Giv­en the cur­rent ear­ly state of genome edit­ing tech­nol­o­gy, I’m in fa­vor of a mora­to­ri­um on im­plan­ta­tion of edit­ed em­bryos, which seems to be the in­ten­tion of the CCR5 tri­al, un­til we have come up with a thought­ful set of safe­ty re­quire­ments first.

Not on­ly do I see this as risky, but I am al­so deeply con­cerned about the lack of trans­paren­cy sur­round­ing this tri­al.

Gene edit­ing of hu­man ba­bies in Chi­na is ap­par­ent­ly hap­pen­ing.