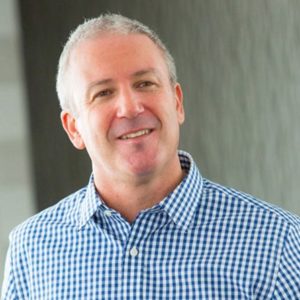 So it was on Sat­ur­day at AS­CO, when In­cyte ad­just­ed the aba­cus on its non-small cell small com­bo lung can­cer study for epaca­do­stat and Keytru­da, mov­ing 2 of 14 re­spons­es re­port­ed re­cent­ly in its AS­CO ab­stract out of the par­tial side to the com­plete re­spons­es line­up.

That’s an­oth­er pos­i­tive note, and “it’s sort of a big deal in the set­ting,” In­cyte CMO Steven Stein tells me.

In­cyte is en­cour­aged by the im­prove­ment as it tracks dura­bil­i­ty of the ear­ly-stage da­ta. And while in­ves­ti­ga­tors aren’t mak­ing any pre­dic­tions of what they’re go­ing to see from here, says Stein, “it’s un­like­ly to get worse; it can on­ly get bet­ter.”

In­cyte’s fo­cus, along with the rest of the grow­ing crowd fol­low­ing this com­pa­ny, will trans­fer now to the Phase III stud­ies that In­cyte is ham­mer­ing out with the FDA, Mer­ck and Bris­tol-My­ers Squibb.

Stein says that re­sponse rate they’ve seen could im­prove as you move up to front-line use for treat­ment naive pa­tients.

“Typ­i­cal­ly you ex­pect high­er re­sponse rates in the first-line set­ting in im­muno-on­col­o­gy,” says Stein, who fol­lowed In­cyte CEO Hervé Hop­penot out of No­var­tis On­col­o­gy to the biotech. “This has been borne out across the board as you go from first- to third-line.”

Stein is re­luc­tant to get in­to too much de­tail on how the late-stage stud­ies will play out. That has to be worked out with reg­u­la­tors. But he notes that in lung can­cer, where Mer­ck re­cent­ly won ap­proval for a land­mark Keytru­da/chemo com­bo for first-line use, you have three key pop­u­la­tions: High PD-L1 ex­pressers, low PD-L1 ex­pressers and sig­nif­i­cant­ly now all com­ers.

In­cyte has its own PD-1 drug, part­nered with the Chi­nese biotech Jiang­su Hen­grui Med­i­cine with a $25 mil­lion up­front and $770 mil­lion in mile­stones. But Stein says that in­ves­ti­ga­tors re­cent­ly not­ed ev­i­dence of he­man­gioma — non­cancer­ous red spots that ap­pear on the skin. It’s large­ly a “cos­met­ic” is­sue, he notes. But when there are “north of 30 pub­licly an­nounced” check­point drugs which are all sim­i­lar, it rais­es a ques­tion whether it might dif­fer­en­ti­ate the drug in a neg­a­tive way.

“We feel it’s im­por­tant to own one,” says Stein. “We think it will re­main a back­bone of dou­blet and maybe triplet treat­ment.”

When AstraZeneca started the Phase III AEGEAN trial for Imfinzi in 2018, it was, alongside several Big Pharma brethren, hoping to push the use of PD-(L)1 therapies into earlier lines of treatment. Three and a half years later, the British drugmaker has nabbed promising data in a type of lung cancer.

After downsizing for several months, Catalyst Biosciences is getting ready to tap out.

The San Francisco biotech announced Wednesday that it would be liquidating and distributing cash back to shareholders, with total proceeds expected to reach $65 million. Catalyst intends to return the money “as soon as practicable,” the company said, as it has ceased all R&D activities, CEO Nassim Usman said in a statement.