In­cyte’s com­plete re­sponse rate for a mid-stage com­bo of its IDO1 drug epaca­do­stat with check­point leg­end Keytru­da took a hit in the lat­est da­ta up­date, but the grow­ing biotech came away with a thumbs-up from an­a­lysts who have been track­ing this tri­al care­ful­ly. 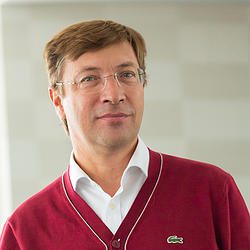 Leerink’s Michael Schmidt took a close look, and was com­fort­ed over­all to see some con­sis­ten­cy and con­tin­ued promise. His bot­tom line:

Ef­fi­ca­cy and safe­ty da­ta high­light­ed in the ab­stract in this larg­er (n=54) melanoma co­hort look very con­sis­tent rel­a­tive to ear­li­er dose-es­ca­la­tion re­sults pre­sent­ed pre­vi­ous­ly in n=19 pa­tients. Im­por­tant­ly, da­ta con­tin­ue to com­pare fa­vor­ably not on­ly to his­toric Keytru­da or Op­di­vo monother­a­py re­sults, but al­so com­pared to the com­bi­na­tion of Op­di­vo with Yer­voy in treat­ment-naïve metasta­t­ic melanoma pa­tients, which we think bodes well for the prob­a­bil­i­ty-of­suc­cess of the on­go­ing ECHO-301 Phase III tri­al, which is ex­pect­ed to read out in ear­ly 1H18.

So far, so good. We’ll keep up­dat­ing these small num­bers from ECHO-202 while the piv­otal tri­al pro­gress­es to a near-term read­out.

It’s been a good week for In­cyte, which an­nounced with Eli Lil­ly yes­ter­day that the FDA is let­ting the part­ners re­sub­mit their rheuma­toid arthri­tis drug baric­i­tinib with­out the new late-stage tri­al that was in­sist­ed on ear­li­er this year. If in fact the FDA changed its mind, af­ter the ar­rival of Scott Got­tlieb as com­mis­sion­er, then the agency has shift­ed course on safe­ty. That’s a big deal for every­one.

In the mean­time, In­cyte is al­so pur­su­ing its own PD-1 pro­gram with a part­ner, look­ing to line up an in-house com­bo that could even­tu­al­ly sup­plant ag­nos­tic col­lab­o­ra­tions with Mer­ck and Bris­tol-My­ers Squibb.