French biotech In­ven­ti­va has raised about $44 mil­lion dol­lars from a group of ven­ture back­ers lured by the po­ten­tial of an up­com­ing late-stage ef­fort on NASH. And one of those back­ers, Paris-based Sofinno­va Part­ners, is fund­ing the com­pa­ny out of a brand new crossover fund that launched about a week ago with $340 mil­lion. 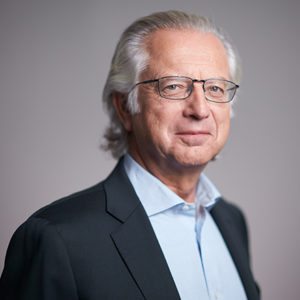 In­ci­dence of NASH has been grow­ing at an epi­dem­ic rate around the globe, rais­ing the dis­ease as a ma­jor mar­ket op­por­tu­ni­ty for top play­ers like Gilead and In­ter­cept. In­ven­ti­va is one of a host of biotechs which hopes to find a piece of the ac­tion for them­selves. The biotech plans to re­lease its Phase IIb da­ta next year.

The biotech plans to spend €16 mil­lion of the new raise on Phase III prep work on the lead drug, €12 mil­lion for their drug odi­par­cil — which it is pitch­ing as po­ten­tial­ly the first oral­ly avail­able sub­strate re­duc­tion ther­a­py for MPS VI pa­tients — and an­oth­er €3.5 mil­lion on dis­cov­ery ef­forts. The rest goes for cor­po­rate over­head.

Sofinno­va Crossover I has tak­en €10 mil­lion of the round, join­ing BVF Part­ners and No­vo. Sofinno­va an­nounced a few days ago that it had gath­ered the crossover fund to fo­cus on a group of about 15 late-stage com­pa­nies.