Io­vance has post­ed a first look at its tu­mor in­fil­trat­ing lym­pho­cytes as a treat­ment for non-small cell lung can­cer, paving the way for a piv­otal study.

“More en­cour­ag­ing­ly, the ini­tial dura­bil­i­ty seems con­sis­tent with that re­port­ed with TILs in melanoma, sug­gest­ing that durable re­spons­es may be a com­mon theme with TIL ther­a­py,” Boris Peak­er of Cowen echoed.

A few days af­ter an­nounc­ing its he­pati­tis B can­di­date worked as billed as a monother­a­py, An­tios Ther­a­peu­tics is un­veil­ing a part­ner­ship to pair the drug with Ar­bu­tus’ RNAi ther­a­py AB-729 and Gilead’s Viread.

The com­bi­na­tion will be as­sessed in a co­hort of the on­go­ing Phase IIa ANTT201 tri­al. An­tios will foot the bill for that por­tion of the tri­al, which is ex­pect­ed to kick off in the sec­ond half of this year. Ar­bu­tus will take re­spon­si­bil­i­ty for the man­u­fac­tur­ing and sup­ply of AB-729. 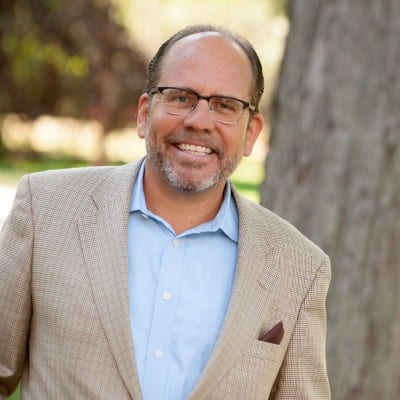 Rid­ing on the grow­ing mo­men­tum for ra­dio­phar­ma, a Nor­we­gian biotech has raised NOK 250 mil­lion ($29.19 mil­lion) to fund mid-stage clin­i­cal stud­ies in ovar­i­an and col­orec­tal can­cer.

The next step, On­coin­vent was ea­ger to share, will be an IPO in the com­ing year.

The lead can­di­date, Rad­spherin, is cur­rent­ly in Phase I tri­als. — Am­ber Tong

The deal fol­lows an ini­tial re­search pe­ri­od in which the two com­pa­nies worked to­geth­er on proof-of-con­cept. Synaf­fix will con­tin­ue to help with the ex­per­i­ments as well as man­u­fac­tur­ing of any ADC-re­lat­ed parts. — Am­ber Tong

At the time, Yee said Gilead’s can­di­date was look­ing bet­ter than fos­tem­savir — a GSK drug com­mon­ly giv­en to HIV pa­tients with drug re­sis­tance. In a piv­otal tri­al, just 68% of pa­tients on fos­tem­savir achieved the re­quired vi­ral load re­duc­tion. — Nicole De­Feud­is

An Ohio-based bio­phar­ma has com­plet­ed its Se­ries A round of fundrais­ing, but hasn’t yet dis­closed that num­ber, the com­pa­ny an­nounced Tues­day.

Eikonok­lastes Ther­a­peu­tics round was led by Cin­cyTech with par­tic­i­pa­tion from Elk Cap­i­tal Ven­tures, Jobs Ohio and Rev1. The funds will be used to pre­pare IND stud­ies for L-ICON3, a tis­sue fac­tor im­munother­a­py for the treat­ment of triple-neg­a­tive breast can­cer, which ac­counts for 15% of all breast can­cers, the com­pa­ny said in a press re­lease. The drug tar­gets tis­sue fac­tor, but not healthy cells.