Ipsen is in a deal-mak­ing mood. On Thurs­day, the com­pa­ny put down $28 mil­lion up­front and an­oth­er $335 mil­lion in biobucks for the rights to IR­LAB’s mid-stage can­di­date for lev­odopa-in­duced dysk­i­ne­sia (LID) — a con­di­tion re­lat­ed to Parkin­son’s dis­ease that tripped up the French biotech about a decade ago. 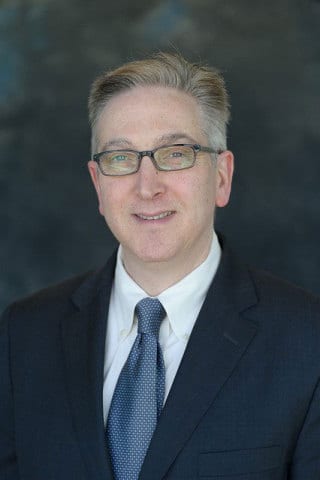 IR­LAB’s mes­dopetam is cur­rent­ly in a Phase IIb study in LID that’s set for a read­out in 2022. Re­searchers be­lieve the drug al­so has po­ten­tial to treat psy­chosis in Parkin­son’s dis­ease, and May­er says it could en­ter the clin­ic for that in­di­ca­tion the same year.

Parkin­son’s dis­ease is com­mon­ly treat­ed with a drug de­vel­oped back in the 1960s called lev­odopa, which works by re­plen­ish­ing the brain’s sup­ply of dopamine. But by the ear­ly 70s, sci­en­tists be­gan look­ing in­to whether the drug was caus­ing dysk­i­ne­sias, or im­pair­ments of vol­un­tary move­ment.

Mes­dopetam works by block­ing a dopamine re­cep­tor called D3, which has been ge­net­i­cal­ly linked to an in­creased risk of in­vol­un­tary move­ments. Parkin­son’s pa­tients with LIDs have been found to have high­er amounts of D3 re­cep­tors in parts of the brain es­sen­tial to the con­trol of move­ment.

In a Phase IIa study, pa­tients who took mes­dopetam with the stan­dard of care saw a dose-de­pen­dent in­crease in dai­ly time with­out dysk­i­ne­sias, which IR­LAB calls “Good ON” time, IR­LAB said. At the best-per­form­ing dose, 7.5 mg, Good ON time in­creased by 5.6 hours dai­ly in the treat­ment group, com­pared to one hour in the place­bo group (p<0.002). Pri­or to treat­ment with mes­dopetam, these pa­tients on­ly had about 6.3 hours of Good ON time per day, ac­cord­ing to IR­LAB.

IR­LAB will be re­spon­si­ble for the on­go­ing Phase IIb tri­al, while Ipsen is on the hook for all oth­er clin­i­cal de­vel­op­ment and world­wide com­mer­cial­iza­tion, in­clud­ing Phase III prepara­to­ry work.

This isn’t Ipsen’s first shot at treat­ing LIDs. Back in 2010, Ipsen gave San­thera Phar­ma­ceu­ti­cals about $15.3 mil­lion up­front and promised an­oth­er $151 mil­lion in biobucks for the rights to its LID can­di­date fi­pame­zole out­side North Amer­i­ca and Japan. But a short two years lat­er, the com­pa­ny re­turned the rights to San­thera, which lat­er dropped it from the pipeline.