Is that drug ad for me? Peo­ple pay more at­ten­tion to phar­ma DTC for fa­mil­iar con­di­tions, study finds

Drug ads on TV are al­ways telling peo­ple to “ask your doc­tor.” But guess what? Al­most one in five ac­tu­al­ly do bring up a drug they’ve seen in ad­ver­tis­ing dur­ing a med­ical vis­it while one in 10 say they even ask di­rect­ly for the pre­scrip­tion.

That’s ac­cord­ing to a new Deep­In­tent study field­ed as a fol­low-up to an ini­tial deep dive in­to per­cep­tions around phar­ma di­rect-to-con­sumer mar­ket­ing in March. Back then re­searchers at the dig­i­tal health­care mar­ket­ing plat­form found, not sur­pris­ing­ly, peo­ple were see­ing more DTC ad­ver­tis­ing thanks to in­creas­es in dig­i­tal con­sump­tion dur­ing the pan­dem­ic.

Yet at the same time, peo­ple al­so re­port­ed feel­ing less in­formed than ever. While 75% agreed that be­ing in­formed about phar­ma treat­ment op­tions could save lives, more than 30% said they didn’t know enough in­for­ma­tion be­fore they talked to their doc­tors.

One of the goals of Deep­In­tent’s sec­ond study was to fig­ure out what peo­ple are find­ing on­line when they look up a drug and how phar­ma com­pa­nies can bet­ter con­nect the dots be­tween con­sumers and physi­cians.

The num­ber one ap­peal of a drug ad was rel­e­vance. More than half (51%) of the more than 1,200 con­sumers sur­veyed paid more at­ten­tion to drug ads that dis­cuss a health con­di­tion they have, and an­oth­er 33% pay at­ten­tion to ads that talk about a loved one’s con­di­tion. A small­er 15% point­ed to good con­tent as a rea­son they paid at­ten­tion to the ad. 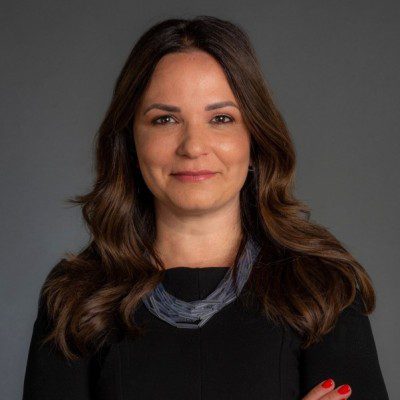 “Con­sis­tent with our first re­search, when peo­ple see an ad that’s rel­e­vant to their con­di­tion, they will go on­line and do more re­search about the drug,” Mar­cel­la Mil­li­et Scior­ra​, Deep­In­tent’s se­nior VP of mar­ket­ing said, adding go­ing on­line — and im­por­tant­ly, find­ing the right con­tent, will help peo­ple “have bet­ter ed­u­cat­ed dis­cus­sions with their doc­tor.”

The study al­so took a phar­ma in­dus­try tem­per­a­ture check ask­ing if the pan­dem­ic in­flu­enced opin­ions about it af­ter the rapid Covid-19 vac­cine de­vel­op­ment. An even split said they had a high­er (19%) or low­er (20%) opin­ion of phar­ma, while 47% said their opin­ion didn’t change.

That’s not-so-great news for phar­ma com­pa­nies’ rep­u­ta­tions as they push to build on pub­lic health good­will af­ter the pan­dem­ic.

Is that drug ad for me? Peo­ple pay more at­ten­tion to phar­ma DTC for fa­mil­iar con­di­tions, study finds