The Is­raeli in­vest­ment firm is team­ing with Phoenix Group on a $140 mil­lion fund to fu­el 10-12 com­pa­nies build­ing gene ther­a­pies, DNA and RNA-based treat­ments, or oth­er tar­get­ed drugs for dis­eases that now leave pa­tients with few oth­er op­tions. Along with Phoenix and Arkin, Is­raeli-based Migdal will al­so con­tribute cap­i­tal.

The new pot is more than twice the size of the $60 mil­lion biotech fund they launched with Phoenix in 2016. That fund had no spe­cial­ized fo­cus but much of it went to biotechs with dif­fer­ent ap­proach­es to treat­ing can­cer, in­clud­ing Uro­Gen, Were­wolf Ther­a­peu­tics and On­corus. They al­so spent on Karus Ther­a­peu­tics, which fo­cus­es on neu­ro­mus­cu­lar dis­eases, and Cen­sa Phar­ma­ceu­ti­cals, which works on meta­bol­ic dis­or­ders. 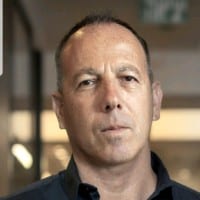 The new fund will be man­aged by Pi­ni Or­bach, a long­time biotech ex­ec­u­tive who worked on Epix and on the can­cer im­munother­a­py com­pa­ny cCam be­fore Mer­ck pur­chased it in 2015. As Arkin’s phar­ma chief, he al­so led the first fund. There, he in­vest­ed broad­ly but fo­cused in small part on Is­raeli firms, such as Pi Ther­a­peu­tics.