It's not just Charles Lieber: NI­H's on­go­ing in­ves­ti­ga­tion has swept up 54 sci­en­tists who vi­o­lat­ed rules about for­eign ties 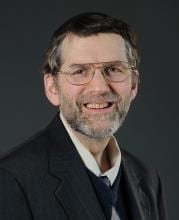 Of those who have been in­ves­ti­gat­ed, 41% have al­so been re­moved from the NIH sys­tem, barred from seek­ing fur­ther grants. Michael Lauer, NIH’s head of ex­tra­mur­al re­search, pre­sent­ed a com­pre­hen­sive set of these and oth­er num­bers in a vir­tu­al up­date on Fri­day, just a day af­ter Charles Lieber — the for­mer head of Har­vard’s chem­istry de­part­ment — was in­dict­ed in fed­er­al court for ly­ing about his Chi­nese con­nec­tions. 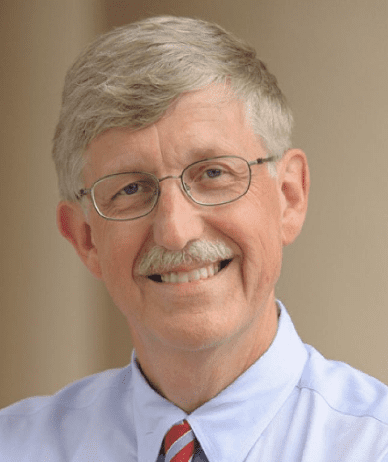 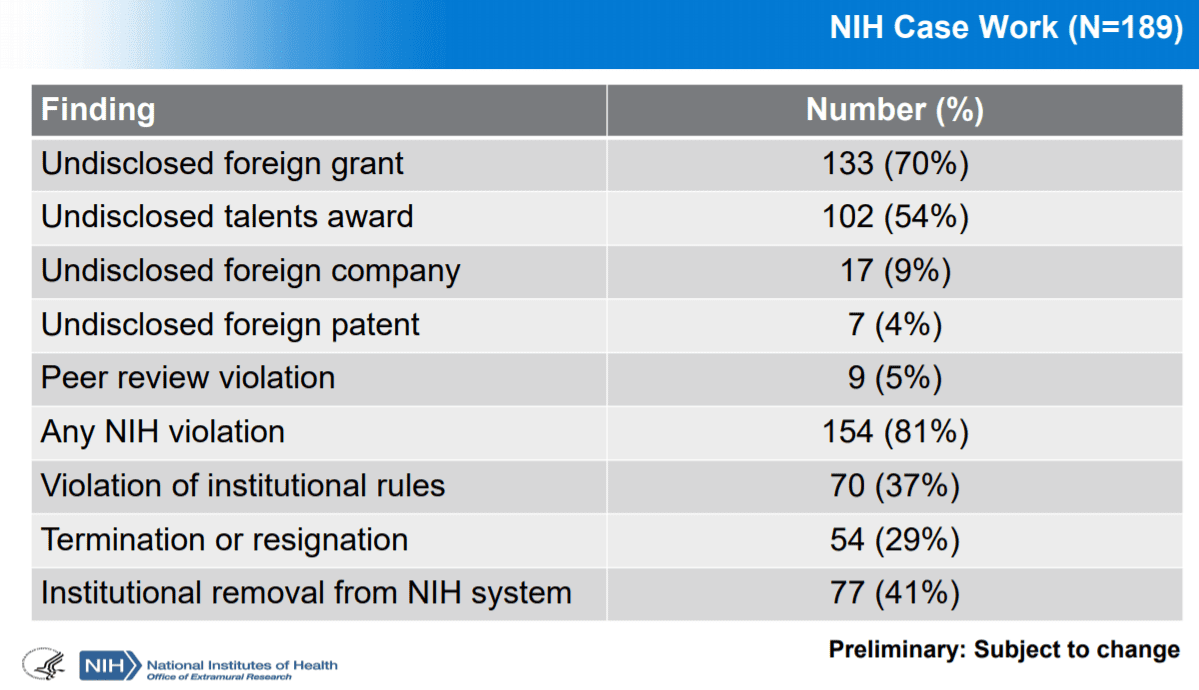 Over­all, Chi­na stood out as the top coun­try pro­vid­ing for­eign sup­port to sci­en­tists, ei­ther re­flect­ing or con­firm­ing the long­stand­ing rhetoric on aca­d­e­m­ic es­pi­onage. Pre­sum­ably through the Thou­sand Tal­ents Pro­gram, Chi­nese fund­ing was in­volved in 93% of the cas­es.

It may thus be un­sur­pris­ing that the vast ma­jor­i­ty of cas­es in­volve an Asian man in his 50s, al­though 14% of the in­ves­ti­ga­tions cen­tered around whites. On av­er­age, the NIH has is­sued $678,000 in grant sup­port to each of these sci­en­tists, who are spread across 27 states and 59 cities.

But there is hope that in­sti­tu­tions are grow­ing more aware of the prob­lems — which might not have pre­vi­ous­ly been con­sid­ered se­ri­ous un­til the FBI and the NIH cracked down on them — and tak­ing ac­tions against non-com­pli­ance. As part of their ef­forts, the NIH has con­tact­ed 87 uni­ver­si­ties or re­search cen­ters; slight­ly more than half men­tioned they are im­ple­ment­ing new mea­sures.

In a nod to con­cerns that the height­ened sen­ti­ments are stok­ing fears among sci­en­tists of Asian her­itage who fear they may be tar­get­ed, Lauer made sure to tuck this re­as­sur­ance to the end of his slides:

We re­it­er­ate the im­por­tance of the con­tri­bu­tion of for­eign sci­en­tists to bio­med­ical re­search; we must not cre­ate a cli­mate that is un­wel­com­ing to them.

It's not just Charles Lieber: NI­H's on­go­ing in­ves­ti­ga­tion has swept up 54 sci­en­tists who vi­o­lat­ed rules about for­eign ties