Fu­ji­film Diosynth Biotech­nolo­gies is chan­nel­ing an­oth­er $28 mil­lion from its par­ents com­pa­ny in­to two new man­u­fac­tur­ing fa­cil­i­ties in Texas and the UK, ag­gres­sive­ly adding equip­ment and space to $123 mil­lion worth of ma­chines and build­ings that were just an­nounced in April. 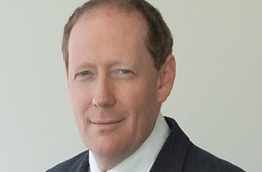 The Col­lege Sta­tion, TX fa­cil­i­ty was fin­ished in April and is slat­ed to start op­er­a­tions in ear­ly 2018. When the new round of in­stal­la­tion is com­plete, the Texas fa­cil­i­ty will boast six sin­gle-use 2,000-litre mam­malian cell cul­ture tanks — dou­ble the orig­i­nal num­ber. FDB clear­ly ex­pects fur­ther growth, as the lo­ca­tion is big enough to hold 12 of such tanks.

This fa­cil­i­ty builds on a site FDB ac­quired from Kalon Bio­ther­a­peu­tics when it bought out the con­tract de­vel­op­ment man­u­fac­tur­ing or­ga­ni­za­tion back in 2014, through an agree­ment with its co-own­ers, the state of Texas and the Texas A&M Uni­ver­si­ty Sys­tem. That was the third (and last) bio­med­ical CD­MO FDB had bought since 2011.