Drawn to he­pati­tis C at a time when the field was un­der­go­ing a dra­mat­ic shift in com­ing up with a pain­less res­o­lu­tion of the dis­ease, that work is now done. Gilead led the way in cur­ing hep C, fol­lowed by a slew of com­peti­tors who have been whit­tling down the cost as they scram­bled to find new and bet­ter ways to do the job ever quick­er.

J&J had been a lead­ing fig­ure in that bet­ter/faster/cheap­er field, but is now bow­ing out af­ter re­port­ing stel­lar Phase IIa da­ta a year ago. Once the mid-stage pro­gram is done, says J&J {JNJ}, they’ll sus­pend their work in hep C. 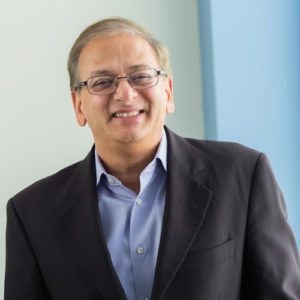 Medi­vir not­ed that the crash of J&J’s cock­tail pro­gram does not change the terms of its li­cens­ing pact with J&J, but it cer­tain­ly will have an im­pact on its po­ten­tial in this crowd­ed mar­ket.

Medi­vir’s shares dropped about 8% on the news {STO: MVIR-B} while Achillion stock dropped 6%.

Achillion found out about the de­ci­sion on Sat­ur­day, giv­ing it some time to pull to­geth­er its own re­sponse to the abrupt ter­mi­na­tion of the cock­tail ef­fort in an ef­fort to calm in­vestors. Said Achillion CEO Milind Desh­pande:

While we be­lieve that pa­tients world­wide would ben­e­fit from con­ve­nient, short-du­ra­tion ther­a­pies like JNJ-4178, we re­main ful­ly fo­cused on ad­vanc­ing our fac­tor D port­fo­lio of com­ple­ment al­ter­na­tive path­way in­hibitors in ar­eas where pa­tient needs are great­est, and us­ing our strong bal­ance sheet of al­most $370 mil­lion in cash and cash equiv­a­lents at June 30, 2017 to do so.”

J&J ex­ecs say they’ll now shift all their fo­cus to a func­tion­al cure for he­pati­tis B.

“Go­ing for­ward, our he­pati­tis R&D ef­forts will fo­cus on chron­ic he­pati­tis B, where a high un­met med­ical need still ex­ists. Our sci­en­tists are en­er­gized by this chal­lenge and our re­search am­bi­tion is to achieve a func­tion­al cure of he­pati­tis B which af­fects over a quar­ter of a bil­lion peo­ple glob­al­ly,” said Lawrence Blatt, the head of in­fec­tious dis­ease at Janssen. “At Janssen, we fo­cus our re­search and de­vel­op­ment on ar­eas of great­est un­met med­ical need where we can com­bine our ex­cel­lent in­ter­nal sci­ence with the best avail­able ex­ter­nal in­no­va­tion to bring op­ti­mized so­lu­tions and max­i­mum ben­e­fit to pa­tients.”

Secretary of health and human services Alex Azar speaking in the Rose Garden at the White House (Photo: AFP)
September 20, 2020 10:16 AM EDTUpdated 13 minutes ago
Pharma