Can a horse tran­quil­iz­er and no­to­ri­ous par­ty drug be rein­vent­ed as a safe and ef­fec­tive break­through ther­a­py to swift­ly treat ma­jor de­pres­sion and sui­ci­dal think­ing?

J&J $JNJ has been work­ing on that task for years and is now ham­mer­ing away at a piv­otal late-stage pro­gram. This week they’re rolling out some de­tailed Phase II re­sults that un­der­score the po­ten­tial, as well as the prob­lems, that seem in­ex­tri­ca­bly linked to this drug. 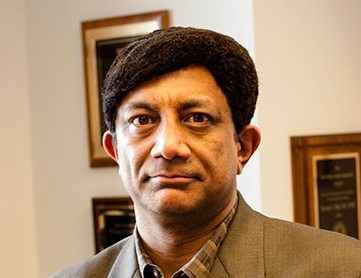 Re­searchers took three dos­es of es­ke­t­a­mine in­to a Phase II study with 126 pa­tients, sep­a­rat­ing them in­to three dose groups. And the drug per­formed as they had ex­pect­ed, of­fer­ing a quick up­take over a two-week study with a dose-de­pen­dent re­ac­tion that of­fered fast re­lief for ma­jor de­pres­sive dis­or­der, as tracked in a com­mon­ly used tri­al as­sess­ment tool.

The good news: By day 8 there was a ma­jor im­prove­ment in the MADRS score for the high dose, more than twice what was reg­is­tered in the low-dose group — which was al­so still clin­i­cal­ly sig­nif­i­cant. Over a two-month fol­lowup, the re­sponse ap­peared to im­prove.

Who­ev­er wins this race, if it is won, will have ac­cess to an enor­mous mar­ket, even if its side ef­fects lim­it the drug to a group of the most se­vere­ly af­flict­ed pa­tients.

But the very size of the mar­ket al­so rais­es the bar on safe­ty and ef­fi­ca­cy. And that ju­ry will re­main out un­til Phase III da­ta are com­plete.