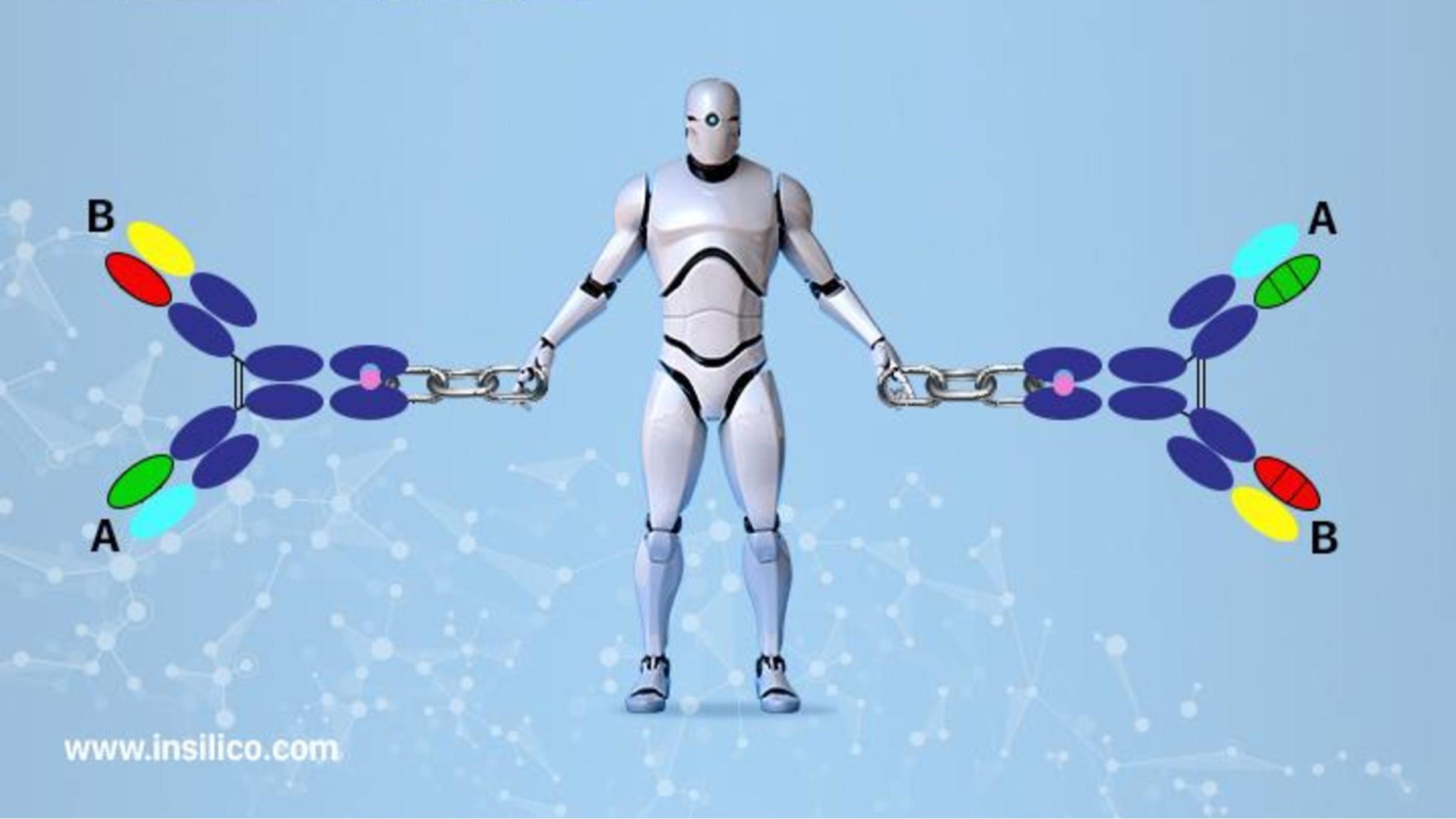 With the block­buster pop­u­lar­i­ty of PD-1/L1 check­points chang­ing the way tu­mors are treat­ed around the world, the spot­light in re­search has shift­ed away from the suc­cess­ful though lim­it­ed and some­what crude first gen­er­a­tion of these ther­a­pies to new ways to amp up their ef­fi­ca­cy and dura­bil­i­ty.

This first project is still very much at the pre­clin­i­cal phase, with re­searchers work­ing with mouse mod­els of can­cer. And longterm suc­cess with mouse mod­els of can­cer is rare. But the use of AI com­bined with bet­ter drug de­sign has de­liv­ered what the re­searchers vow is a su­pe­ri­or an­ti­body-lig­and con­struct, with an­i­mal da­ta to back up its claim that the Y-traps are able to sur­pass ate­zo (Roche’s PD-L1 Tecen­triq) and avelum­ab (Baven­cio from Pfiz­er and Mer­ck KGaA) with a promise to be able to break out of the 1 in 5 or so ra­tio on ef­fi­ca­cy with a bet­ter prog­no­sis for dura­bil­i­ty. And they’re fo­cused ini­tial­ly on can­cers where there’s a known re­sis­tance to check­point ther­a­pies.

Be­di ex­plained to me that his work on Y-traps has been evolv­ing for the past 6 years. Boot­strap­ping the work with grants from the NIH as well as re­gion­al groups, he says he’s brought in a seed round from pri­vate in­vestors and built the frame­work for an ad­vanced pre­clin­i­cal plat­form com­pa­ny with a new tech­nol­o­gy that can branch out in­to a va­ri­ety of dif­fer­ent fields, in­clud­ing in­fec­tious dis­eases, where the im­mune sys­tem plays a key role. And he has a full set of I/O Y-trap pro­grams that can be brought to­geth­er to at­tack dif­fer­ent hur­dles — like cell ex­haus­tion — fac­ing the first gen­er­a­tion of check­points, get­ting straight in­to the tu­mor mi­croen­vi­ron­ment.

With AI and ma­chine learn­ing, says Be­di, you can feed in da­ta on re­spons­es “that gives you clues as to which Y-traps are best to ad­dress them.” Go fur­ther down the road, he says, and even­tu­al­ly you’ll be able to per­son­al­ize these Y-trap con­structs to in­di­vid­ual pa­tients, rather than just cer­tain sub­groups based on key bio­mark­ers.

Last sum­mer In­sil­i­co part­nered with Glax­o­SmithK­line on their maid­en ef­fort on AI and ma­chine learn­ing in drug de­vel­op­ment. And Zha­voronkov has been backed by UK bil­lion­aire Jim Mel­lon, who helped found the start­up Ju­ve­nes­cence, which is mak­ing ag­ing re­search its cen­tral fo­cus, at a time most of the play­ers in R&D are just get­ting their feet wet with this tech­nol­o­gy.

The next step at Y-Traps Inc is to move past the seed fund­ing and raise a ven­ture round to cre­ate a full-fledged plat­form biotech that can move to file an IND and then start hu­man stud­ies in I/O, where the tech­nol­o­gy can ad­dress the most ob­vi­ous chal­lenges well rec­og­nized in the field. Then they can start branch­ing out, ex­plor­ing in­dus­try part­ner­ships to lever­age more work in the field.

That all fits with a key trend in on­col­o­gy re­search. As a tsuna­mi of check­points promis­es to com­modi­tize the first gen­er­a­tion of check­points, the em­pha­sis now is on the next-gen in­no­va­tions that can main­tain a prod­uct’s unique sta­tus. And Be­di is bet­ting that Y-traps can play a big role in that.

We’ll keep you post­ed on that.