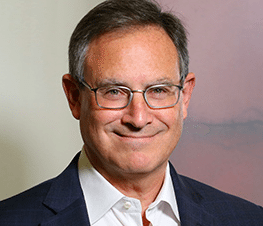 A lit­tle over a year ago San Diego-based El­celyx Ther­a­peu­tics raised a $40 mil­lion E round to prove in a Phase IIb study that it had found a way to treat a large seg­ment of di­a­bet­ics who can’t be helped by or tol­er­ate the stan­dard treat­ment met­formin.

This morn­ing, the biotech said the gam­ble — with the mon­ey com­ing from a mix of Chi­nese and US in­vestors, in­clud­ing Klein­er Perkins — paid off with pos­i­tive da­ta.

Met­formin DR is tar­get­ed at the low­er small in­tes­tine so that it can be used to treat pa­tients with re­nal im­pair­ment or who can’t tol­er­ate the cur­rent met­formin for­mu­la­tions. And in the study the drug arm achieved sta­tis­ti­cal­ly sig­nif­i­cant re­duc­tions of HbA1c at 16 weeks, El­celyx says, though the com­pa­ny didn’t spell out the da­ta.

Di­a­betes is a big field, but one that is on­ly rarely tack­led by the biotech crowd, which can find it hard to get the fi­nan­cial back­ing need­ed to see projects through Phase III. El­celyx says it now knows what dos­es of re­for­mu­lat­ed Met­formin to take in­to Phase III, but it didn’t say ex­act­ly how it plans to pay for the kind of large late-stage pro­gram that reg­u­la­tors in­sist on.

There were al­so a few caveats to note on the com­pa­ny’s state­ment:

Three years ago, when the com­pa­ny broke stealth cov­er, CEO Alain Baron told me that the com­pa­ny had big plans for NewMet, along with a di­etary sup­ple­ment in de­vel­op­ment that was lat­er sold off. Baron is a for­mer se­nior VP of re­search at Amylin, which was bought out by Bris­tol-My­ers Squibb $BMY. Its $40 mil­lion round was led by the Hong Kong-based pri­vate eq­ui­ty in­vestor Sail­ing Cap­i­tal.