The com­pa­ny, which us­es its AI plat­form to iden­ti­fy pa­tients that could ben­e­fit from its tar­get­ed on­col­o­gy ther­a­pies, on Thurs­day un­veiled plans to make its pub­lic de­but in an up to $29 mil­lion IPO.

Found­ed in 2013, Lantern’s pipeline en­com­pass­es small mol­e­cules that oth­ers have tried but failed to de­vel­op in­to an ap­proved drug, as well as new com­pounds. The Dal­las-based com­pa­ny has two drugs in the clin­ic: LP-100 and LP-300, which ini­tial­ly showed promise but failed to pass muster in late-stage stud­ies. 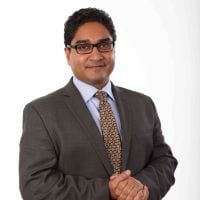