The tech­nol­o­gy hunt­ing folks over at Lig­and Phar­ma­ceu­ti­cals have picked up a new one from across town, for a sig­nif­i­cant price.

Lig­and has ac­quired fel­low San Diego-based biotech Pfenex and their pro­tein ex­pres­sion plat­form for $438 mil­lion cash, plus $78 mil­lion in con­tin­gent val­ue agree­ments should an undis­closed mile­stone be hit be­fore the end of next year.  The deal pays $12 per share, or $4.34 more than what Pfenex had been trad­ing at be­fore the an­nounce­ment.

Most no­tably at the mo­ment, Gilead us­es their sol­u­bil­i­ty tech­nol­o­gy, called Cap­ti­sol, to make the Covid-19 an­tivi­ral remde­sivir sol­u­ble in IV flu­ids and able to be ad­min­is­tered to pa­tients. Oth­er part­ners for their var­i­ous prod­ucts in­clude many of the big phar­mas and a long list of biotechs. Most re­cent­ly, Chi­na’s CStone an­nounced pos­i­tive Phase III re­sults this month from a Lig­and-de­vel­oped PD-L1 an­ti­body in non-small cell lung can­cer. 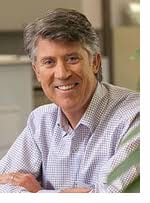 Secretary of health and human services Alex Azar speaking in the Rose Garden at the White House (Photo: AFP)
September 20, 2020 10:16 AM EDTUpdated 5 hours ago
Pharma

Does Seattle Genetics have another approval on its hands?

The last 12 months, not so great for the world, has been great for Seattle Genetics. The company landed two separate FDA approvals, signed a $4.5 billion deal with Merck and watched antibody-drug conjugates — the technology they spent years developing to broad industry skepticism — emerge suddenly as one of the most popular approaches in oncology. And on Monday at ESMO, the company and their partners at Genmab unveiled the data behind the ADC it hopes will provide its next major FDA approval.