Can a Chi­nese biotech de­liv­er the first new lu­pus drug in decades? A high-pro­file group of VCs are bet­ting on it.

Lil­ly Asia Ven­tures and Lake Bleu Cap­i­tal are the co-head­lin­ers for Re­meGen’s lat­est raise, which brought in more than $100 mil­lion. Hud­son Bay Cap­i­tal and Vi­vo Cap­i­tal — which, like LAV, al­so in­vest­ed in a pre-IPO round for Leg­end Biotech un­veiled to­day — chimed in, as did Jan­chor Part­ners and Or­biMed. 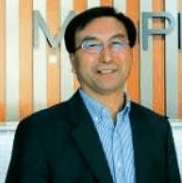 Re­meGen got go­ing in 2008 when Jian­min Fang, a Cana­da-ed­u­cat­ed sci­en­tist who trained at Har­vard Med­ical School, con­vinced his friends at a tra­di­tion­al Chi­nese med­i­cine com­pa­ny to launch a bi­o­log­ics play­er with him, the founder told End­points News. He’s served as the CEO and CSO since then.

Fang ex­pects the list to ex­pand as he al­lo­cates some of the new cash to his ear­ly-stage dis­cov­ery plat­form — while the rest gets di­vid­ed among the R&D, com­mer­cial and man­u­fac­tur­ing teams.

In per­haps a sign of the times, the biotech is based in the coastal city of Yan­tai on the Shan­dong penin­su­la, thou­sands of miles away from the Shang­hai hub.