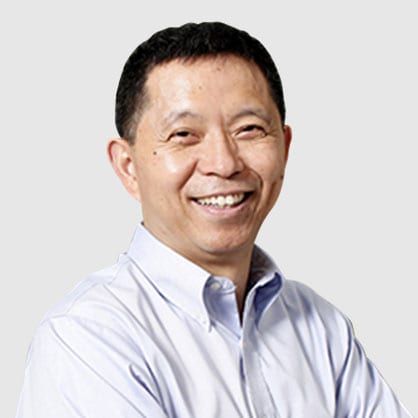 Un­der CEO Xi­aolin Zhang, the team — most of whom tran­si­tioned from As­traZeneca’s (now-de­funct) In­no­va­tion Cen­ter Chi­na — has shep­herd­ed the lead as­set in­to the clin­ic for non-small cell lung can­cer and an un­named au­toim­mune dis­ease. INDs for a sec­ond can­cer drug are in and three oth­ers are on close on its heels, with a fi­nal chron­ic kid­ney dis­ease drug part­nered with As­traZeneca tugged at the bot­tom of the pipeline.

Now Dizal is ready to move away from Shang­hai and plant its roots in Wuxi, where a new bio­phar­ma hub is shap­ing up in the high-tech dis­trict.

Lil­ly Asia Ven­tures is lead­ing the in­vest­ment in­to the new head­quar­ters, with par­tic­i­pa­tion from Se­quoia Cap­i­tal, Trin­i­ty and Wuxi New­Force Fund. The cash will fund the build­out of every­thing from R&D and op­er­a­tions to pro­duc­tion and sales/dis­tri­b­u­tion.

For the next two years the com­pa­ny’s pri­or­i­ty in Chi­na ap­peared to be on health­care man­age­ment through its Chi­na Com­mer­cial In­no­va­tion Cen­ter, which was es­tab­lished in Wuxi ear­li­er in 2017.

Yet as reg­u­la­to­ry re­forms swept up bar­ri­ers for the whole in­dus­try and home­grown biotech fledg­lings be­gan spring­ing up with glob­al am­bi­tions, it didn’t take long for As­traZeneca to dive back in­to the new R&D wave.

Just last year, it boot­ed up a new glob­al R&D cen­ter in Shang­hai and added an AI in­no­va­tion group, dou­bling its head­count in the city to around 1,000.

Then there was the $1 bil­lion Health­care In­dus­tri­al Fund it cre­at­ed with a lead­ing Chi­nese in­vest­ment bank, ded­i­cat­ed to do­mes­tic com­pa­nies and part­ners — in­clud­ing those based in the biopark it built to­geth­er with the mu­nic­i­pal gov­ern­ment of Wuxi, dubbed I-Cam­pus.

Dizal’s move to Wuxi ef­fec­tive­ly makes it a neigh­bor of I-Cam­pus — and its start­up res­i­dents.