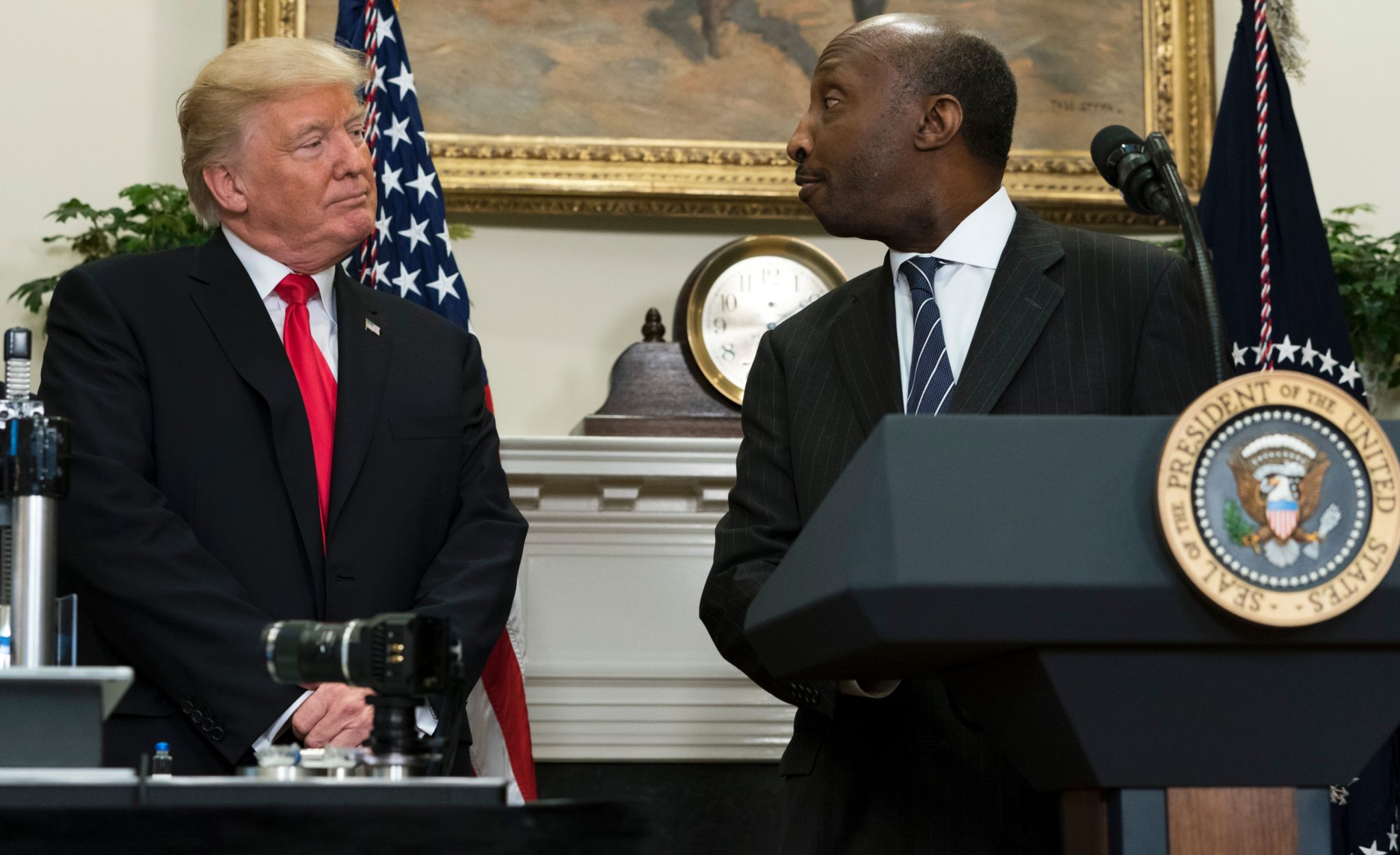 Mer­ck CEO Ken Fra­zier re­signs from Trump coun­cil in protest, and the pres­i­dent swift­ly bites back

This move by Fra­zier will put con­sid­er­able pres­sure on the rest of the in­dus­try and its lob­by­ists to sep­a­rate them­selves from Trump — some­thing they’ve been loath to do – and take a more crit­i­cal po­si­tion on Trump’s pres­i­den­cy as well as some of his poli­cies.

It is al­so di­rect­ed against a pres­i­dent who has proven to be no­to­ri­ous­ly thin-skinned about crit­i­cism of any kind. And Trump proved that by fir­ing back right at Fra­zier one of the in­dus­try’s weak spots. He tweet­ed:

Fra­zier, though, was clear­ly fed up with the pres­i­dent to­day.

As CEO of Mer­ck and as a mat­ter of per­son­al con­science, I feel a re­spon­si­bil­i­ty to take a stand against in­tol­er­ance and ex­trem­ism.

Fra­zier’s de­ci­sion to stand down now comes as the bio­phar­ma in­dus­try has sought to lob­by the White House for new rules al­low­ing for the repa­tri­a­tion of bil­lions of dol­lars in over­seas ac­counts at a more at­trac­tive tax rate. Fra­zier had been a reg­u­lar at the White House, along with oth­er top cor­po­rate CEOs in the in­dus­try.

In biotech, though, ex­ecs through­out the small­er com­pa­nies in the in­dus­try have voiced their op­po­si­tion to a num­ber of Trump’s ini­tia­tives, in par­tic­u­lar sin­gling out his stab at in­sti­tut­ing new im­mi­gra­tion poli­cies tar­get­ing sev­er­al Mus­lim-ma­jor­i­ty coun­tries. And it wasn’t long be­fore sup­port for Fra­zier’s move be­gan to pop up on Twit­ter.

Mer­ck CEO Ken Fra­zier re­signs from Trump coun­cil in protest, and the pres­i­dent swift­ly bites back