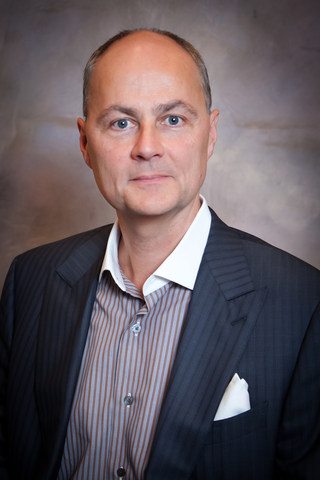 • Now that Mer­ri­mack Phar­ma­ceu­ti­cals $MACK has auc­tioned off its sole com­mer­cial drug to Ipsen and fo­cused square­ly on a set of top clin­i­cal can­di­dates, the Cam­bridge, MA-based biotech has re­cruit­ed long­time in­dus­try vet­er­an Richard Pe­ters to take the helm. The Har­vard-trained physi­cian is com­ing over from Sanofi Gen­zyme, where he was SVP of glob­al rare dis­eases, a $3 bil­lion per year busi­ness. “With the sup­port of the Board of Di­rec­tors and the ex­pect­ed near-term in­fu­sion of cap­i­tal, sev­er­al com­pelling clin­i­cal as­sets are now primed to re­al­ize their full po­ten­tial,” said Pe­ters in a state­ment. “To­geth­er with the rest of the man­age­ment team, we plan on con­tin­u­ing to take sub­stan­tial steps to grow our ro­bust pipeline to its full po­ten­tial, with an eye to­ward ear­ly da­ta read-outs, to max­i­mize val­ue cre­ation for pa­tients and stock­hold­ers.”

• Gene­va-based Ob­sE­va has set the terms for its IPO. The women’s health biotech is plan­ning to sell 6.5 mil­lion shares at $14 to $16 apiece, the lat­est in a string of new of­fer­ings test­ing some chilly wa­ters. If suc­cess­ful, they would be about to raise about $97 mil­lion, look­ing for a mar­ket val­ue of around $444 mil­lion.

• Ger­man­town, MD-based Psyadon re­port­ed that its Phase IIb study of a new drug for Tourette syn­drome “caused sig­nif­i­cant re­duc­tions in the YGTSS-TTS at both two- and four weeks af­ter ini­ti­at­ing treat­ment….Ecopi­pam works by block­ing the dopamine D1 re­cep­tor which dif­fer­en­ti­ates it from any oth­er drug ei­ther on the mar­ket or cur­rent­ly in de­vel­op­ment. Since there hasn’t been a mech­a­nis­ti­cal­ly new drug for the treat­ment of Tourette’s in over 30 years, this could of­fer a bet­ter op­tion for peo­ple who suf­fer with the dis­ease,” said CEO Richard Chip­kin.

Danish biotech Ascendis Biopharma has been working on a treatment for pediatric growth hormone deficiency, but the FDA says they’re going to have to wait a little bit longer before they can make their approval decision.

Regulators extended the review period by three months on Monday, Ascendis said, pushing back the PDUFA date to September 25. The extension was in response to additional information Ascendis submitted as part of its BLA.