Mer­ri­mack $MACK was fol­low­ing up on some pos­i­tive ear­ly re­sults from a Phase I study that re­port­ed out in April, 2015, in­di­cat­ing that it may have been help­ing HER2-pos­i­tive pa­tients who had failed mul­ti­ple treat­ments.

In­vestors were not hap­py to hear about the lat­est set­back at Mer­ri­mack, which saw shares plunge 22% on the news this morn­ing. 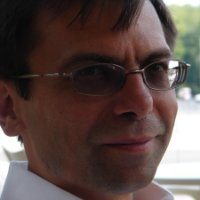